The Ugly Betty actor who hacked his mother to death with a sword says he did it to rid her of demons. 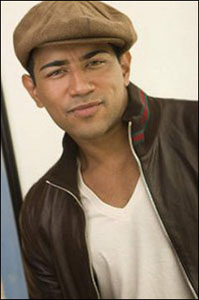 Michael Brea, who had small parts in Ugly Betty and Step Up 3D, gave a chilling jailhouse interview to the New York Daily News detailing what he was thinking the day he murdered his mother.

The interview gives evidence of apparent mental illness sure to be used by his defense team. “I was sleeping in my bedroom. God came above my bed and reached his arm to me,” Brea said.

“I said, ‘God, is my time on earth over?’ I heard a voice say, ‘Yes Michael, today is your last day.’ I asked if I could say goodbye to my family.”

Brea claims later that day, when he was walking past a Masonic temple he had recently joined, a man tried to press a Freemason pin in his hand and placed a curse on him when he wouldn’t take it. Later he says while riding the train strangers began speaking to him about his mother.

“I felt like Neo from The Matrix. I began hearing voices and feeling powerful,” Brea said. “They were asking about the difference between mom and mother. It was a sign.”

It was at that point, he said, he knew he had to kill his mother. When he arrived home, he gave her a hug goodbye. “I knew I would never see my mother again,” he said. “I gave her lots of love.”

He says his mother knocked on his bedroom door as he was arranging three religious saint cards around him and asked him to help her with a pot of chicken she was cooking. He refused. “I looked at these chickens lying dead in the pot and a voice told me it was a sacrifice. It was black magic,” he said. When his mother next spoke, he says, it was with the voice of a demon. “She had the voice of the demon. I opened the door with the dagger at my side and the sword.”

“I asked, ‘Do you believe in God?’ She said, ‘No, Michael no,’ and began screaming. I began slashing her like this,” he said, demonstrating for the Daily News reporter.

The disturbed actor is being held in the prison ward of Bellevue Hospital, where he is charged with second degree murder and criminal possession of a weapon.