John Travolta and Kelly Preston are basking in the glow of their newborn baby boy. 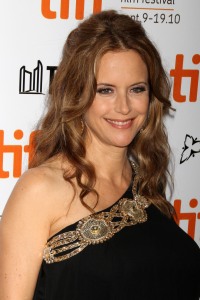 News recently broke that Kelly Preston was in labor and John Travolta raced back from Australia to be with his wife — but it was a media false alarm. This time, we’re happy to report all systems were a go as Kelly Preston gave birth to a bouncing baby boy, Benjamin, at a Florida hospital on Tuesday.

According to People, baby Benjamin came into the world at a healthy 8 pounds, 3 ounces, and the couple couldn’t be more excited about the addition to the Travolta unit.

John Travolta’s rep released the following statement on behalf of the family: “John, Kelly and their daughter Ella Bleu are ecstatic and very happy about the newest member of the family. Both mother and baby are healthy and doing beautifully.”

Benjamin’s birth is a bittersweet chapter for 56-year-old John Travolta and 48-year-old Kelly Preston. The couple, who have been married since 1991, experienced a great loss in 2009 when they lost their son Jett to a seizure. Jett was just 16 years old.

Travolta and Preston have continued to remain positive by focusing on the future. Benjamin will no doubt keep the duo’s daughter Ella Bleu, 10, on her toes.

Congratulations go out to John Travolta and Kelly Preston on the birth of their son Benjamin. We wish them continued happiness on this new journey.

Read on for more John Travolta and Kelly Preston