A bit player on Ugly Betty stands accused of murder after allegedly butchering his own mother with a samurai sword. 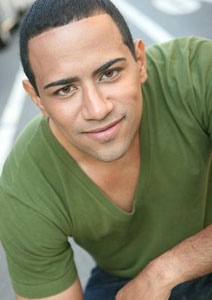 Small time actor Michael Brea, who had a bit part on Ugly Betty and was a dancer in Step Up 3D, is under psychiatric evaluation after allegedly beheading his mother with a samurai sword in a religious rage.

Neighbors in the family’s Brooklyn neighborhood say they heard Brea ranting about religion during the rampage.

“I heard this wild screaming,” said neighbor Gregory Clare. “Michael was yelling, ‘Repent, repent, sinner, sinner,’ over and over again. He was screaming, ‘You never accepted Jesus.’ It was real loud.”

According to cops, the victim was found amidst an “extremely bloody” scene with her head sliced off.

Michael Brea had to be Tasered by cops to be subdued and is currently under psych hold pending murder charges.