Can Glee top its Gwyneth Paltrow episode? With two supposed weddings and a Carol Burnett guest spot, we’re willing to bet the farm on this one.

When you’re Glee coming off of a Gwyneth Paltrow-induced high, what do you do to raise the bar? Bring in Carol Burnett, that’s what Glee does. During this week’s episode of Glee, entitled Furt, Sue Sylvester’s (Jane Lynch) mother Doris (Carol Burnett) pays a visit and there might be a wedding or two. 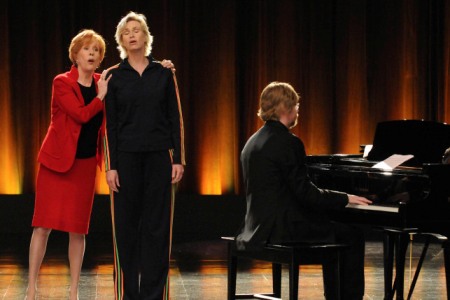 Furt is all about dealing with change. As Finn’s (Cory Monteith) mom Carole and Kurt’s (Chris Colfer) father Burt prepare to marry, they argue over who will spill the blessed news to the kids. Kurt will also come to a decision after being pushed to his boiling point and Finn may be ready to take his relationship with Rachel (Lea Michele) to a new level — this can only lead to some Glee magic.

Meanwhile, when Sue Sylvester’s (Jane Lynch) Nazi-hunting mother Doris blows into town in the form of guest star Carol Burnett, Sue decides to put on a little wedding of her own — but does she go through with it and who is the lucky person in her sights? You’ll have to find out like the rest of us. 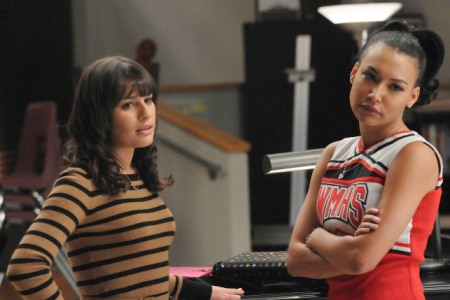 Furt will feature the kids of Glee taking on current music sensation Bruno Mars and his hits, Just the Way You Are and Marry You.

Check out SheKnows’ clip of Carol Burnett as she dishes Glee’s Furt.