Prince William and Kate Middleton have set a date. The couple will exchange royal vows on April 29, 2011 at the famous Westminster Abbey.

Prince William and Kate Middleton’s choice of venue for their upcoming nuptials was a hot topic after the couple of eight years announced their engagement on November 14. The couple will indeed be married April 29, 2011 at Westminster Abbey. 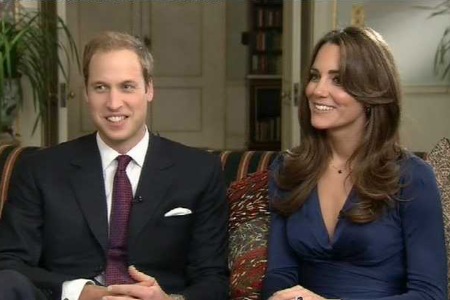 Westminster Abbey is rich with royal history including the weddings of Queen Elizabeth and the Queen Mother, but the location also holds a special place in Prince William’s heart. The London based church was also the site of Princess Diana’s funeral back in 1997.

Prince William and Kate Middleton want their wedding to feel “intimate” and the Prince’s private secretary, Jamie Lowther-Pinkerton, assured that even though Westminster Abbey fits 2,200 people it will still be all about them.

“Even at the altar, it seems like a parish church,” Jamie Lowther-Pinkerton said.

So, now that we have a glimpse into the most talked about royal wedding since Prince Charles and Lady Diana Spencer, we can’t help but wonder what the date means to Prince William and Kate Middleton.

Jamie Lowther-Pinkerton offered no monumental reason for a spring wedding when talking with the BBC except that the couple just wanted it that way and they were “calling the shots” in regards to the details of their big day.

“We know that the world will be watching on April 29, and the couple are very, very keen indeed that the spectacle should be a classic example of what Britain does best,” Lowther-Pinkerton offered.

The private secretary added, “Prince William and Catherine have made it very clear that they wish everybody to be able to enjoy the day with them.”

Prime Minister David Cameron is making it easy for the millions of spectators to enjoy the royal wedding. He said the wedding will be “a happy and momentous occasion” and Friday, April 29 will be a national holiday from here on out. Man, all us commoners get on our wedding day is a gravy boat.

Okay, we know the when and the where but what about the tab? This wedding has to cost a pretty penny, but when you’re Prince William no expense is too much.

“The costs of the wedding itself will be met by the Royal Household, with government meeting any wider security or transport related costs,” Prime Minister Cameron revealed.

This is shaping up to be some wedding. Would you take a Friday off from work to watch the wedding of Prince William and Kate Middleton on your American TV? Tell SheKnows, we want to know. Now, onto the fun stuff — the dress because you know that’s coming next.