It was the Dancing With the Stars finale nobody saw coming. Jennifer Grey, Kyle Massey and Bristol Palin danced for their lives in the race for the mirrorball trophy. 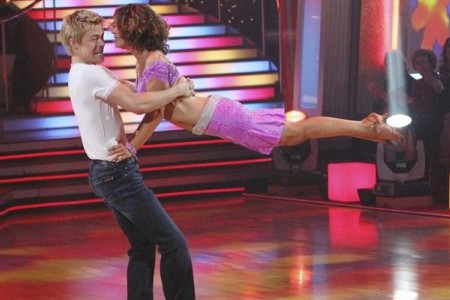 Who will be handed the Dancing With the Stars mirrorball trophy Tuesday night? At this point, it’s anybody’s guess as Jennifer Grey leads a close race.

Dancing with the Stars: Redemption dance

The final three got the opportunity to redo their worst Dancing With the Stars routine with a little help from the judges during the redemption round.

Kyle Massey got the chance to redo his sloppy foxtrot from the beginning of the season. Len Goodman was kind enough to give him a few pointers on technique and it actually worked. We’ll admit the dance lacked the energy we’re used to seeing but as Len put it, Kyle went from “messy to marvelous.” They managed to pull a 27. 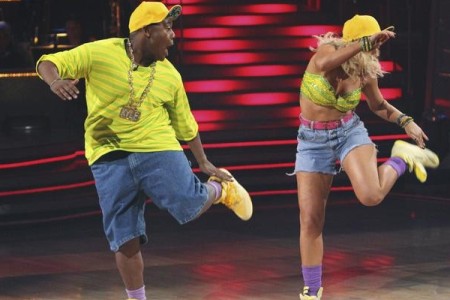 Remember when Bristol Palin put on a monkey suit and danced the jive? Well, that was her redemption dance. She was so much fun this time around. She connected with Mark and smiled, but most importantly she was as clean as we’ve seen her. Len Goodman told her she went from “gorilla to thriller.” Oh, that Len. She got a respectable 27.

Does Jennifer Grey even have a redemption dance? She’s been at the top of the leader board all season. Okay, she did manage a terrible paso doble during rock week. Carrie Ann Inaba came in to give her some pointers on control and she did exactly what we thought she would do — she produced a perfect dance. The judges deemed her the perfect example of redemption and gave her the 30 she’s grown accustomed to.

In perhaps the most anticipated dance of the season, the freestyle never fails to impress.

The freestyle should have been Kyle Massey’s round being he’s a natural born entertainer — and we were right. Kyle Massey went old school with a tootsie roll throwback that made us want to dip. At this point, nobody cared about his technique. He was fun on a stick with his old school hip hop. We give him our personal SheKnows 30 but that doesn’t count. The judges had their own opinion giving him a 29. 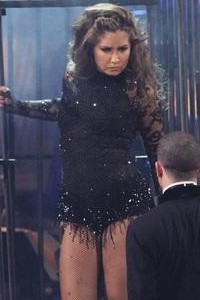 We’re not going to lie, we were wondering all week what a Bristol Palin and Mark Ballas freestyle dance would look like and now we know — Broadway. The duo actually made Chicago’s Cell Block Tango DWTS friendly and sexy by having Bristol Palin dance in a cage. Problem was that it was stylized and a bit ambitious, which is why she ended up with a 25.

Jennifer Grey had a perfect score going into the freestyle and like every time before, she dominated that as well. She went for it and put everything she had into her and Derek Hough’s freestyle. There was consistency, technique and dirty dancing. No seriously, there was literally dirty dancing straight from the movie Dirty Dancing — watermelon carrying and all. We haven’t said it all season but we are now, “Nobody puts baby in a corner.” Jennifer Grey got her second 30 of the night.

There you have it Dancing With the Stars fans. Another season comes to an end Tuesday night as a new star is crowned DWTS champion. Will it be Jennifer Grey, Kyle Massey or Bristol Palin? Find out live Tuesday during the live results show with special musical guest Christina Aguilera.

Dancing with the Stars finale?: The scores