Dancing with the Stars finalists Bristol Palin and Mark Ballas reportedly received death threats ahead of Monday’s show. Are these threats credible?

Remember when Dancing with the Stars was just a simple little show beloved by the fans of B- and C-list stars? Well, those times are over – all thanks to a Bristol Palin. Love her or hate her, you likely have an opinion on whether or not she deserves to win the mirror ball trophy on Tuesday night. 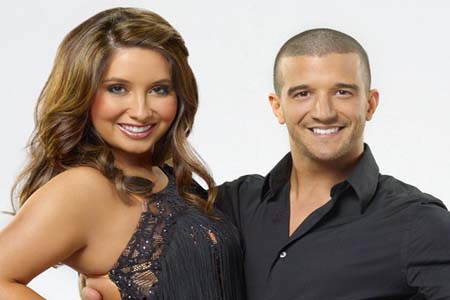 Some fans definitely have an opinion about Palin — and they’re making their thoughts known with serious threats against Palin and her DWTS partner Mark Ballas.

The past week has been a wild ride for Palin — first, a Wisconsin man blasted his television with a shotgun after Bristol’s performance last Monday. ABC staffers also intercepted a “fan letter” addressed to Palin to containing white powder, TMZ reported. The powder turned out to be of the non-lethal talcum variety, but still scary in the age of Anthrax.

The kicker? ABC increased security after various death threats were made again Palin and Ballas. ABC execs even ordered Ballas to stop tweeting because his words were inciting the crazies, according to TMZ.

What will happen if she wins?

We’re kind of scared to see what shenanigans will happen if Palin actually pulls off the win tomorrow. ABC execs are already planning procedures for post-win interviews in NYC if Palin and Ballas win — they’ll be interviewed in a studio rather than outdoors in Times Square, for security sake.

Seriously. It’s just a show people — television is supposed to take out minds off of troubles, not cause more. Let’s not start World War III over Dancing with the Stars.