Nelly Furtado commands attention when she sings, when she speaks and with any endeavor in which she partakes. The Canadian songstress exclusively visits with us days after winning a Latin Grammy Award for what she called “my musical exploration.”

Many may know her for Promiscuous, her hit single with producer Timbaland, but Furtado has been crafting hits for over a decade now. From the second she arrived on the music scene with her debut album, Whoa, Nelly, Nelly Furtado has continued to push the musical envelope. Furtado’s The Best of Nelly Furtado features her smashes Promiscuous, I’m Like a Bird and Maneater, but also new tracks such as the new smash, Night is Young. 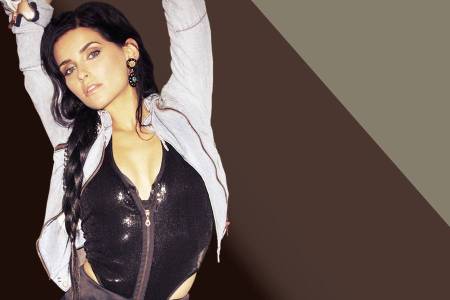 Furtado phoned us to discuss her new greatest hits album, currently available, as well as her musical beginnings and why she finds herself the most creative when she breaks her own mold to create something new and noteworthy.

SheKnows: When you put together a greatest hits, is it an emotional journey for you looking back over the last decade? Was it a difficult process choosing which ones you want?

Nelly Furtado: It was really hard choosing a song especially because I’ve done so many duets over the years. Collaboration has been a big part of my musical process. I think it’s because I grew up playing in a marching band and concert band where I played trombone. It’s never about just you, the sole instrument, it’s about the group as a whole and how you all work together. Deep down I’m just a musician looking for a good jam. I think it’s actually a good cross-section. The most important thing is that there are three new songs which satisfy the fans until the new album comes out in 2011 that I’m currently working on called Lifestyle. 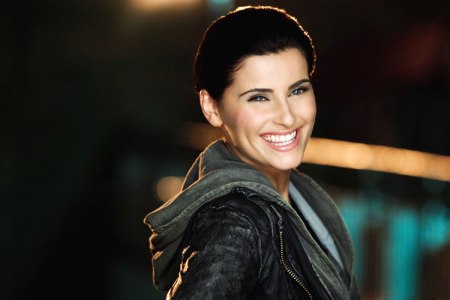 SheKnows: Night is Young is just such a classic track for you. Was it important to have new tracks on the greatest hits and what was it like working with producer Salam?

Nelly Furtado: Salam is a real special individual. He’s been in this business for a long time, almost twenty years. That’s surprising. I met him I thought, “Wow, are you serious?” People know him a lot for his work with Amy Winehouse and The Fugees. He’s just this guy that’s so into music. It’s really about the music for him. He and I have a cool connection because he brings out the more conventional side of me that I’ve never thought of exploring. I’ve always tried to be different over the years and kind of avoided certain connections just out of fear of it not being different. What’s great about Salam is he’s just really great and really classic. He makes things come out with ease for me. I like that and that means a lot to me. He’s just very musical. I also think he and I have a real positive vibration together, a positive energy. I think that energy is felt on Night is Young. I think it’s cool for him too because it’s kind of outside of what he’s released in the past. It’s definitely the most pop thing he’s ever done.

SheKnows: You love the collaboration with both the singers and the producers you’ve worked with. Is it safe to say that you’ve learned something from each one?

Nelly Furtado: I’ve learned from every single person. I’ve had the chance to work with incredibly talented producers such as Pharrell or Timbaland. I’ve been really blessed that way. It’s fun for me to work with people because I always gain something new from them. I worked with Josh Groban on my Spanish album on a song called Silencio. Just standing next to Josh and performing next to him, you’re going to try to rise to the occasion. I like that feeling of rising to the occasion. Oh my God, I’m with David Foster, he recorded Celine Dion for ten years. I like those times. Just like when I did the remix for Missy Elliot’s Work It. Oh my God. I like that “in the ring” feeling. I gotta put my gloves on and knock things out.

SheKnows: Is it hard to believe that it’s been ten years or does it feel like ten years since you debuted? 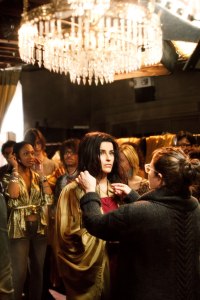 Nelly Furtado: I can’t believe ten years has passed. It’s kind of shocking. When I put Whoa, Nelly out, I said to myself, “Let me try this business out. If it doesn’t work out at least I’ve made a little money for tuition and I can go back.” I think back of all the moments of confusion. It’s all worth it. The other night at the Latin Grammys, I won best female pop album and I was floored — just to do something from your heart and have it be so meaningful too and having it be accepted and acknowledged by your peers. It’s like a new community. I don’t know what to say, I feel lucky. Then just to celebrate this album this week, it feels that much better. I truly have always done what I wanted to do. If people say, “What are you doing?” I confuse people and change my sound all the time, make people scratch their heads a whole lot. It’s hard to do that because you have moments when you doubt what you’re doing as well and you doubt yourself. To have it follow through at the end of the day, look in the mirror and be happy about the choices you’ve made and go to sleep at night knowing you’re on the right path, it’s worth it, it’s so worth it.

SheKnows: How does winning the Latin Grammy rank for you in the accolades you’ve received over the years?

Nelly Furtado: It’s really high up there. I think what makes it so meaningful is the album wasn’t even planned out. One day I met this Alex Cuba, this talented Cuban-Canadian musician, and he and I wrote songs and that’s how the album started, and voila, we’re at the Grammys. He wins Best New Artist and I win Female Album. It was a real fairytale. For me, it’s all about evolution. What the Spanish album did for me is gave me another mode of expression, a sort of tonality, like a verbal tonality to paint some new pictures that I haven’t painted before with my songs. It was an opportunity to explore another side of myself through that. I emerged better off now that I’m recording my English stuff again. I feel brand new when I sing on stage. I feel brand new recording these new songs in the studio. The Spanish album was just this elaborate path through my writer’s block — so much fun.

SheKnows: You are continually tackling different styles and you’re always changing yourself. You’re obviously inspired by music from all corners of the world. I’m curious if you grew up in a household where it was appreciated or did you discover it on your own? 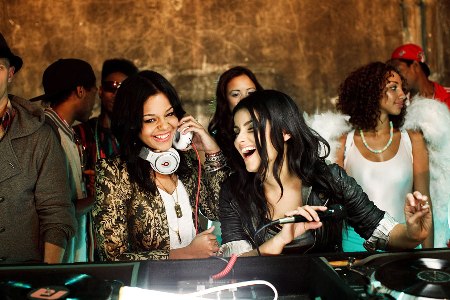 Nelly Furtado: No, that was very much my environment — that was nurture. My natural instincts were definitely music and expression and visual inspiration wherever I went. I was inspired visually as a kid. I think that’s why I like making videos so much. My mom had choir practice in our living room. There would be like four ladies from church, these amazing singers and they would sing in Portuguese once a week. I would hide behind the couch and listen but then I would put on my father’s Billy Joel albums, Led Zeppelin albums that we had, Blondie and Abba. That was my early hodgepodge influence. Then I got into urban music, hip hop, the suburban experience of exotic hip hop that I was hearing. So we get a few more stations from Seattle so I’m relishing it and all that — early 1990s hip hop, R&B. I’m getting into hip hop, rock, Brazilian, Indian music, it was around me. I guess Portuguese folklore music. I play ukulele, I play trombone. I was a pretty eclectic kid. I guess that’s why I like to discover myself through sound and music. I don’t know, it’s kind of like seamless for me. I don’t think about it too much, it’s what I’m naturally attracted to.