Leonardo DiCaprio and his father have teamed up with Warner Bros to make the next JFK conspiracy theory film. DiCaprio will star in Legacy of Secrecy, due to hit theaters in time for the 50th anniversary of John F. Kennedy’s assassination in 2013. 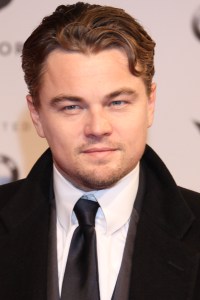 John F. Kennedy’s assassination has seen more conspiracy theories than you can shake a stick at and 50 years later, the conspiracy is still hot, or so thinks Leonardo DiCaprio and Warner Bros.

DiCaprio’s production company Appian Way has signed on to produce a JFK movie based on Lamar Waldron and Thom Hartmann’s book, Legacy of Secrecy; and Warner Bros, the company behind the JFK film starring Kevin Costner, is ready to help see this version of the story hit theaters in time for the 50th anniversary of JFK’s assassination in 2013.

In 2009’s Legacy of Secrecy, scribes Waldron and Hartmann published the declassified FBI files from the National Archives. The story that unfolds centers around organized crime boss Carlos Marcello, who reigned in Louisiana and most of Texas for decades.

In the film adaptation, DiCaprio is set to play FBI informant Jack Van Laningham, who went deep undercover to get Marcello to confess to ordering the infamous assassination.

“Marcello had the motive, means and opportunity to assassinate President Kennedy,” concluded a 1979 Congressional Committee, and according to FBI and Secret Service files cited in Legacy of Secrecy, more than a dozen of Marcello’s men and family members were questioned or arrested by authorities in connection to JFK’s assassination. For some reason, however, Marcello did not make it into the 1964 Warren Report.

The book also delves into Marcello’s part in the assassination of Martin Luther King and Watergate, but those hot topics will not be the focus of the upcoming movie.

DiCaprio is keeping this project in the family. In addition to teaming up with his father George DiCaprio as producer, he’s planning to work with a familiar director.

“An acclaimed director who has previously worked with Leonardo has expressed interest in directing the film,” teased the press release.

That’s no small list! DiCaprio, last seen in Inception, has a serious history with Martin Scorsese. They’ve teamed up for five movies so far, and it’s hard to imagine Scorsese would turn down the chance to do a mob movie with his young pal, but DiCaprio has also worked with the likes of Steven Spielberg, Clint Eastwood, James Cameron, Christopher Nolan, Baz Luhrmann, Woody Allen and Danny Boyle.

The real question, however, is not who will direct, but whether people will want to watch yet another conspiracy tale. Would you come out for Leonardo DiCaprio’s Legacy of Secrecy?