The 2010 American Music Awards had a lot to live up to compared to last year’s fan-fueled party that had unpredictable stage sets by Adam Lambert and mega stars Lady Gaga and Elton John. Did the 2010 AMAs live up to the hype with its A-list line-up including Justin Bieber, Katy Perry and Bon Jovi? Let’s just say the past and present of music never sounded so good.

With this year’s musical variety, there was something for everyone. 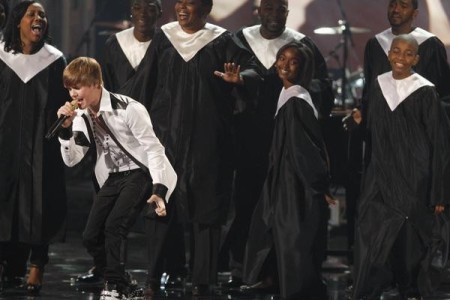 There was so much talent on the AMA stage it would take us forever to marvel over R&B hot mama Rihanna ditching her trademark short red hair for out of control curls and starting the evening with a medley of her current hits Love The Way You Lie, What’s My Name and Only Girl or Latin hottie Enrique Iglesias sharing the stage with Pitbull on I like It.

How about Miley Cyrus ditching her body suits and making a last minute switch from Poison’s Every Rose Has Its Thorn to a more conservative approach with Forgiveness and Love? 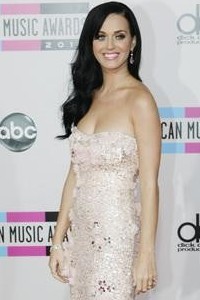 We wonder if a toned down version of Miley Cyrus will give us more water cooler talk than a racy Miley Cyrus.

It was the year of the choir as Justin Bieber and Katy Perry both accessorized their performances with soulful back-up singers.

Marriage agrees with Katy Perry because she has never looked more beautiful or confident.

Detroit was up in the house representing country rock with a stellar and surprisingly soft and beautiful vocal by Kid Rock. The normally gruff rocker went mellow with his new single Times Like These. The list keeps going with American legends Bon Jovi giving the kids a run for their money with a medley of their current and past hits including It’s My Life.

Pink showed the world pregnant is awesome as she raised her glass to the AMAs! By the way, pregnancy agrees with Pink! If it was movie music you wanted, Christina Aguilera performed her steamy track Burlesque from, well, Burlesque of course. 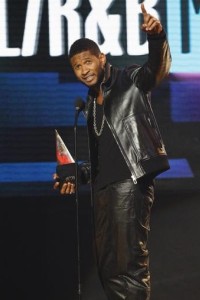 In perhaps the most anticipated union of the night, the Backstreet Boys and New Kids on the Block came together to rock our bodies right for one awesome performance.

In a boy band fusion for the ages, BSB and NKOTB broke out Hangin’ Tough, I Want it That Way, Step by Step and other classics from their libraries to take us back in time. Catch these classic boys on the road together soon.

See, we told you there was something for everyone. Now, on to the winners!

The 2010 American Music Awards winners didn’t shock us that much being it’s a fan voted show and let’s face it, we know who the fans are loving this year. Taylor Swift dropped her teenage curls for sophisticated straight hair while accepting Best Country Female Artist. The Black Eyed Peas picked up their eighth AMA while Usher grabbed Favorite R&B Album. 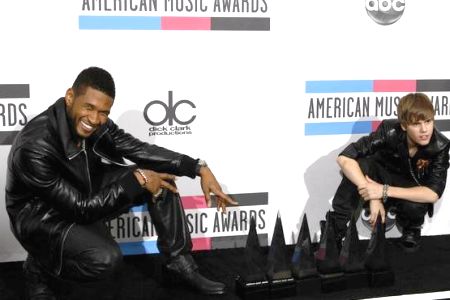 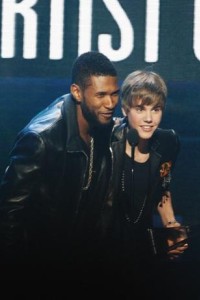 Artist of the Year: Justin Bieber