Daniel Day-Lewis and Steven Spielberg are teaming up for an Abraham Lincoln biopic. 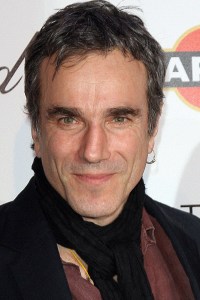 In life, there are very few sure things, but when Spielberg’s new film Lincoln was announced, all we can say is that it will be brilliant. In fact, we’d like to thank the Academy in advance for all the awards the film version of Abraham Lincoln’s life will surely receive with Spielberg at the helm and Day-Lewis portraying the Civil War president.

Are you ready for this? Chills! Just the thought of these two cinematic luminaries together gets us thrilled.

For decades, Day-Lewis and Spielberg have been names synonymous with celluloid greatness. From My Left Foot to E.T., two of our favorite films of all time, to There Will Be Blood and Catch Me If You Can — it’s hard to find two craftsmen who are more esteemed or talented.

But it gets better — the Oscar winners are working on a DreamWorks biopic about Abraham Lincoln.

The film, simply titled Lincoln according to a studio rep, is based on the best-selling book, Team of Rivals: The Political Genius of Abraham Lincoln — by Pulitzer Prize winner Doris Kearns Goodwin. The story will focus on our 16th president’s leadership style. According to Goodwin, Lincoln was a master at soothing egos and turning rivals into allies. In Goodwin’s brilliant book, she focuses on the president’s relationships with three men he selected for his cabinet, William H. Seward, Salmon P. Chase, and Edward Bates — all were opponents for the Republican nomination in 1860. Each lost to Lincoln.

As if the film weren’t prestigious enough, the screen adaptation is being written by Tony Kushner, who also won a Pulitzer Prize for his seminal play, Angels in America. Like we said, “We’d like to thank the Academy!”