Superman producer Chris Nolan and director Zack Snyder are looking for the next Man of Steel! Our next Clark Kent could be a total unknown or an up-and-comer like Joe Manganiello, but big names like Jon Hamm seem to be out of the running. 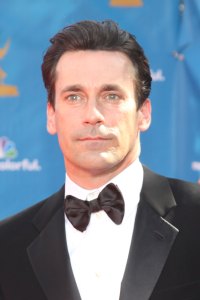 Warner Bros is “casting a wide net” to find a new blue-eyed beauty with star appeal for the 2013 reboot of the Superman franchise. Chris Nolan and Zack Snyder are said to be looking to TV and beyond to find a hunky star between 28 and 32 years old, according to Deadline.

The article pointed to a few actors who may be up for the Superman role, including True Blood’s Joe Manganiello, 34, The Vampire Diaries’ Ian Somerhalder, 31, and The Social Network‘s Armie Hammer, 24. There have also been recent rumblings about WWE star John Cena, 33.

The Vampire Diaries isn’t likely to give up series star Somerhalder and none of those other guys are actually in the age range. Manganiello and Hammer, however, have both expressed interest and would bring in female viewers, while Cena would certainly present a new vibe and look for the reboot.

The age range and desire to cast a newbie also puts Jon Hamm out of the running, but the Mad Men star didn’t put stock in those rumors that he was up for the part, anyway. “Everyone wants to see a middle-aged Superman, with the power of handicapped parking,” Hamm quipped on Conan.

Going for a lesser known star means saving money on budget, but it’s also been the standard in casting past Supermen. Former Men of Steel Christopher Reeve, Brandon Routh, Dean Cain and Tom Welling all made careers from the breakout role.

At the same time, word is that Smallville‘s final year will set up the story for the 2013 reboot, making some fans wonder if star Welling might make a move to the big screen.

Deadline maintains Warner Bros will take its time in tapping a Kal-El, but a decision will have to be made before the June 2011 start date.

In light of recent legal drama over Superman licensing, Warner Bros will certainly strive to stay on schedule. They aim to get the next movie out before the rights to Superman revert back to creators Jerry Siegel and Joe Shuster in 2013 and before the ongoing battle with Shuster and Siegel’s families puts another hold on the project.

SheKnows has our own suggestion for the pool of potential Supermen: How about The Bold and the Beautiful‘s blue-eyed hunk Brandon Beemer (Owen)?

Who would you like to see land the role of Superman?