It looks like Russell Brand won’t be facing charges stemming from a quarrel with a photographer at Los Angeles International Airport. 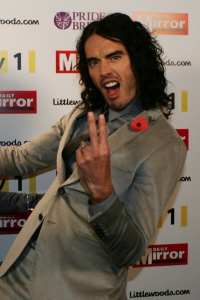 On November 18, newlywed Russell Brand took time away from wife Katy Perry to meet with prosecutors about the incident between him and an unnamed photographer back in September. According to the city attorney’s spokesman Frank Mateljan, prosecutors decided not to move forward with charges.

Russell Brand versus the paparazzi

Russell Brand and Katy Perry, who were recently married in India, were making their way to a Delta Air Lines gate when a large number of paparazzi caught up with the duo. The melee, which was caught on camera, shows Russell Brand “swatting” at the mystery photographer and making contact with his camera. Brand was put under citizen’s arrest before the actual cops arrived on the scene to assess the situation.

Brand was looking at a misdemeanor simple battery charge if prosecutors decided to move forward with the charges, but the British comedian found himself in the clear.

Frank Mateljan relayed that a prosecutor was still scheduled to meet with the photographer on Friday, but this will likely be the last we hear of this case.

The last thing Russell Brand needs on his plate right now is a headache from the paparazzi. He and his new bride Katy Perry are enjoying married life after treating friends and family to a lavish Indian wedding complete with a wedded bliss blow-out party.

Perry has been making the rounds promoting her new perfume, Purr, which smells purrfect we’re told.

Read on for more Russell Brand