The Nokia Theater in Los Angeles will play host to the 38th Annual American Music Awards on November 21 and with the fate of nominees like Justin Bieber and Katy Perry up to the fans, look for some surprises. 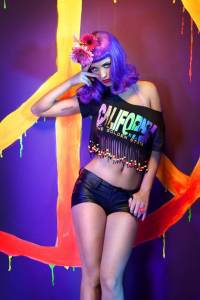 The 2010 American Music Awards go live in Los Angeles this Sunday with a versatile musical line-up featuring Ne-Yo, Taylor Swift, Katy Perry, Christina Aguilera, Bon Jovi, Pink, Ke$ha, Miley Cyrus and one very special reunion. Get out your earplugs because it’s about to get loud up in the Nokia Theater as the Backstreet Boys and New Kids on the Block take the AMA stage!

If you’re keeping score, here’s a rundown of this year’s American Music Awards cream of the crop and our predictions for the evening’s big winners.

Bieber Fever has spread like wildfire over the past year and Justin Bieber is having his moment. The 16-year-old singer, actor, dancer and entrepreneur is honored with four nominations including Favorite Male Artist, Artist of the Year and Favorite Pop/Rock Album for My World 2.0. The young star will go beat-for-beat against Eminem who also picked up nods for Favorite Rap/Hip Hop Artist and Favorite Rap/Hip Hop Album.

Straight off of their successful Country Music Awards showing, Lady Antebellum garnered five AMA nominations including Favorite Pop/Rock Band and Favorite Country Band. Let’s see how the rest of the pack measures up.

Who Will Win: It’s a fan-based show and this is Justin Bieber’s world — enough said. 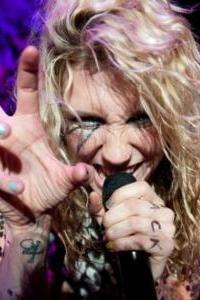 Who Will Win: Every time we think Lady Gaga has outdone herself, she keeps us guessing. She recently shined at the MTV Europe Music Awards and there’s no stopping her little monsters from taking her to the top.

Who Will Win: Lady Antebellum is still riding high from their CMA domination and their fan base is only growing.

Who Will Win: While we want to say Eminem, we’re going with Katy Perry — just call it a hunch.

Who Will Win: Brad Paisley is a country staple and just nabbed CMA Entertainer of the Year. It’s his for the taking. 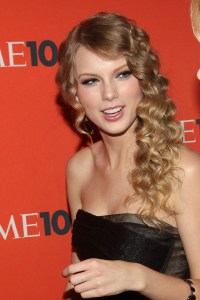 Who Will Win: Miranda Lambert was the belle of the ball at the CMAs last week but Taylor Swift seems to have a larger following. Look for Swift to take this one by call of social media and voting technology.

Who Will Win: This is a tough one. Zac Brown Band won Best New Artist at the CMAs, which tells us they might be growing in audience. Lady Antebellum is a force to be reckoned with. We’re going to plead the fifth on this one.

Who Will Win: Eminem on pure comeback power.

Who Will Win: This one has to go to someone older than 16. Lady Gaga deserves this award but if it went to Eminem we wouldn’t throw shade.

Who Will Win: We’re going Jason Derulo or Justin Bieber. These two have a large Internet following but Bieber’s crazy following could give him the edge.

The 38th Annual American Music Awards air live from Los Angeles on November 21 on ABC. Will Miley Cyrus give us something to talk about around the water cooler Monday morning? It’s anybody’s guess.