Mel Gibson’s baby mama talked to Larry King about their relationship, his alleged abuse and those infamous tapes. 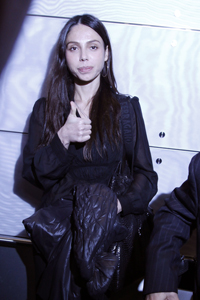 Oksana Grigorieva gave Larry King all the info, despite a judge’s warning that she could lose custody of daughter Lucia to Mel if she spoke to the media.

“January 6 [of this year] the beating took place,” Oksana said. “Mel actually assaulted me while I was holding the baby in my arms… I ran into my son’s bedroom and told him, ‘Mel’s crazy.'”

“He beat me and choked me in front of my son and then, you know, brandished the gun at me.”

When Larry asked her, “Why did you stay with him?” Grigorieva replied, “That was a mistake. I stayed a little bit too long.”

Mel is using Oksana’s appearance on the show to try to strip her of custody of their daughter Lucia, just as the judge warned her. Court docs say Mel wants full custody of the baby and for Oksana to be allowed only supervised visitation and no overnight visits due to her “false and defamatory” statements to the media.