Beyonce’s Heat commercial ignited controversy in the United Kingdom after parenting complained that it was too racy. Watch it and decide for yourself!

Beyonce might not actually be pregnant, but she is banned in Britain! Beyonce’s Heat commercial was deemed too racy and is now banned from daytime British TV after television viewers complained. Britain’s Advertising Standards Authority banned the ad for her new Coty fragrance Heat from airing on television before 7:30 p.m. due to “the sexually provocative nature of [its] imagery.” 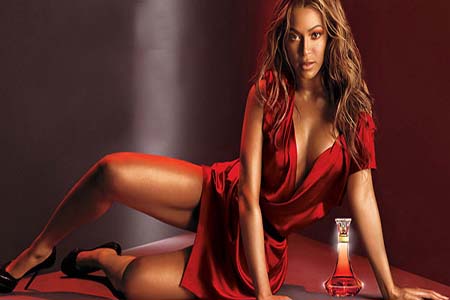 The advertising watchdog agency went on to say that they figured it was unlikely to cause “harm.”

“Although we considered that the ad was unlikely to be harmful to adults or older children, we considered that Beyonce’s body movements and the camera’s prolonged focus on shots of her dress slipping away to partially expose her breasts created a sexually provocative ad that was unsuitable to be seen by young children,” the ASA said in a statement.

The ad has been airing in the U.S. since early 2010 and is targeted at the singer’s “young, hip” fanbase, the company said. It’s set to the R&B song Fever and shows Beyonce writhing around in a suggestive manner. The Heat commercial might look familiar to Beyonce fans — it was directed by British filmmaker Jake Nava, the same guy who directed Crazy in Love, Naughty Girl, Baby Boy and Single Ladies (Put a Ring on It.)

The ASA said they have received about a dozen complaints about the Beyonce Heat commercial, mostly from parents who said their children saw the video during the midday hours.

The funny thing? Britain is known for racy television — they’re much more relaxed on their broadcast standards than the United States. However, that might be changing with the banning of the Beyonce Heat Commercial.

Do you think Beyonce’s Heat commercial is too racy for TV?

30 mins ago
by Reshma Gopaldas