After six years on the air, CBS has confirmed that Medium has been canceled. 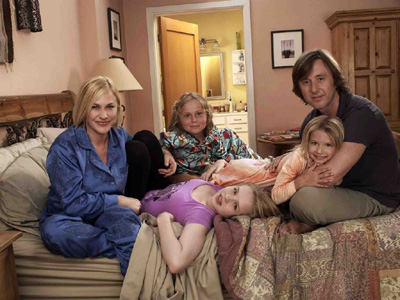 “It’s true. Allison Dubois will dream her last dream on Medium, Friday, January 21. In what we believe will be a series defining episode, Allison and her family will stare destiny in the eye. And destiny will not blink.”

Medium premiered in 2005 and was actually on NBC. The successful show won Arquette an Emmy that year for her portrayal of Allison Dubois. She went on to earn a second Emmy nomination and three Golden Globe nominations.

Ratings for Medium fell and NBC canceled it in 2009. CBS picked it up and placed it on Fridays after Ghost Whisperer. There are five remaining shows of Medium left, with the finale airing January 21.

What will happen in the finale? Arquette recently told Entertainment Weekly that she doesn’t even know!

“I was trying to get information from the writers about the last episode. I don’t know what it’s going to be, but they’re really excited about it. They’re like, ‘We’re just going to burn the whole thing down!'”

Is she sad Medium is coming to an end? “It’s been a great time. I love that time in my life,” she added.

read on for More Patricia Arquette