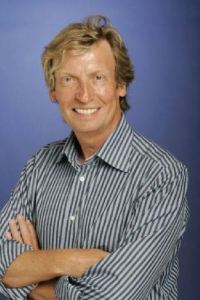 Nigel Lythgoe released some small nuggets of information about the new season of American Idol many won’t see coming. The executive producer recently revealed to TVGuide.com that the finalists of American Idol season 10 will duke it out in competition-style challenges featuring music videos and self-promotion.

The American Idol finalists will also have to put on their best awards show performance complete with band and back-up dancers. Why couldn’t Adam Lambert have been involved in this season? He would have killed the awards show round.

Nigel Lythgoe also added that the elimination round that takes contestants from 24 to 12 will no longer be included. Instead, the top 12 will be unveiled from the get-go. The process in which the top 12 are revealed is still under wraps.

“I didn’t think [the top 24] were very good, I was bored with them by the time they got there,” Lythgoe explained of seasons past.

What did the Brit have to say about the fresh blood at the judges’ table, Jennifer Lopez and Steven Tyler? Let’s just say they’re not there to fool around. “They both listen intently, and don’t make glib remarks,” he shared. “They give honest critiques.”

Lythgoe added, “Randy [Jackson] is pulling his weight. He really has stepped up. He’s essentially come out of himself. He’s enjoying being in that position.”

Are you excited to see the new judges’ table with Randy Jackson, Steven Tyler and Jennifer Lopez? What about the addition of the music video round? Is this a train wreck waiting to happen or a fresh new challenge? Tell us and don’t forget to check out American Idol when it returns Wednesday, January 12 on Fox.