Break out your red leather jackets and sparkly glove, Gleeks! We knew it was only a matter of time before Glee channeled the one and only Michael Jackson. 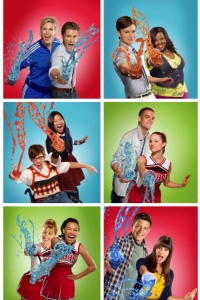 Fox let the Michael Jackson news out of the bag to Access Hollywood, but before you get too excited there’s something you should all know. It’s true that Thriller will be part of Glee’s post-Super Bowl episode, but the episode itself will not be a tribute piece as with past stars like Madonna or Britney Spears. Look at it this way, a little MJ Glee is better than no MJ at all.

So, how does Glee plan to tackle the King of Pop’s most recognizable track? By mashing it up, of course. A rep for Fox revealed that Thriller would be used as a mashup with another song to be chosen at a later date.

To round out the season of pigskin and keep within the Super Bowl celebration, the McKinley High School football team’s journey to the state championship will be followed, not to mention Sue Sylvester’s [Jane Lynch] beloved Cheerios will fight for regionals.

Reports are saying the highly anticipated episode will produce Glee’s highest budget in the show’s short history. Who’s excited now? Pretty much everyone!

The mashup got us thinking, what would be the perfect song to mix with Thriller? Tell us your perfect choice!