Eva Longoria let the whole world know she left Tony Parker because he was cheating. Now the mistress of Parker has been revealed! 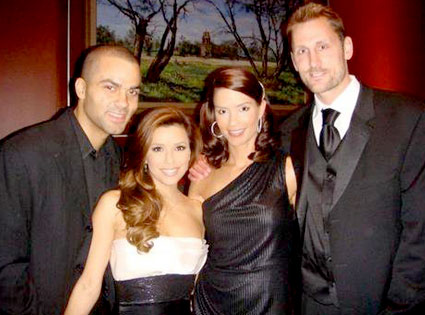 So who is the mystery woman? None other than Erin Barry, the wife of Parker’s former San Antonio Spurs team mate Brent Barry.

Sports Illustrated staff writer Bryan Armen Graham broke the news via Twitter. “Have it on good authority from entertainment sources that ‘former teammate’ in Tony Parker-Eva Longoria affair is Brent Barry,” Graham wrote. “Source did mention Barry and wife are going through a divorce.”

Brent Barry filed for divorce from his wife on October 29. The high school sweethearts have two sons together. While a source says Erin and Tony did not physically consummate their relationship, Eva found hundreds of sexy texts between the two. After having already weathered one affair by Tony in the early days of their marriage, she decided enough was enough.

Will Erin Barry make a statement? Will she throw a Gloria Allred-led press conference? Stay tuned to SheKnows for updates!