Eva Longoria is already telling the world why she is divorcing Tony Parker: He cheated! 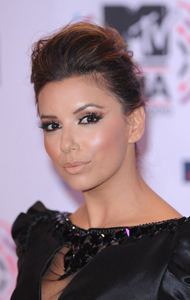 Eva Longoria filed divorce papers today and she is already talking to the press about why. She got together with her good pal Mario Lopez — the two go way back — and told him all about what a lying, cheating jerk Tony Parker has been throughout their marriage.

“Eva wants everyone to know, she’s devastated by the rumors of Tony’s infidelity. She loved her husband and is heartbroken about their split,” said Lopez. “But she’s strong.”

Turns out that the rumors of Parker cheating shortly after they married were true, and Eva stayed because she felt she owed it a shot. But Mario Lopez confirmed for Extra that Eva found hundreds of text messages between Parker and another woman.

Not just any other woman, though: The wife of one of his teammates! And remember that first woman? He kept in touch with her on Facebook long after he claimed the affair was over. Expect many more women to come crawling out of the woodwork claiming affairs with Parker in the ensuing weeks.

Despite talking to Lopez, Eva Longoria is taking the high road — at least on her Twitter. Her only announcement read, “It is with great sadness that after 7 years together, Tony and I have decided to divorce. We love each other deeply and pray for each other’s happiness.”

The actress has canceled her planned appearance at the November 21 American Music Awards.