Ryan Reynolds is People Magazine’s Sexiest Man Alive 2010! He’s totally hot — but who else should have received the top honors? Read on!

Ryan Reynolds was named People Magazine’s Sexiest Man Alive. You got that right — Scarlett Johansson’s husband is one sexy beefcake of a man with his washboard abs, perfect hair and effortless comedic timing. Yes, it’s obvious we love him. However, we would have chosen someone else for the coveted top spot. Why? It’s purely because of our own love for this boy: Jake Gyllenhaal. 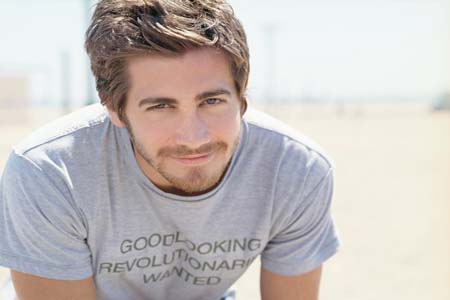 We know he’s on the list of People’s Sexiest Men. But we’d like to see him on the cover. He has his new movie, Love and Other Drugs, out soon and we can’t get enough of those baby blues. OK, OK — Enough with the teenage gushing.

The list is definitely filled with plenty sexy men from Hollywood: Kellan Lutz, Jon Hamm, Matthew Morrison, Justin Timberlake — all great choices. However, we have a proposition for People: please choose Jake Gyllenhaal for next year’s cover — he’ll definitely sell some issues (and we’re sure to buy a few — or ten — copies!)

TELL US: Who do you think makes a better Sexiest Man Alive? Weigh in with your thoughts below!

Read on for more of the Sexiest Men Alive

Cocktails inspired by the Sexiest Men Alive!
Ryan Reynolds gets personal
Check out the trailer for Ryan Reynolds latest movie!