Just a day after her rep denied Tony Parker filed divorce papers in Texas, Eva Longoria has done just that in Los Angeles. 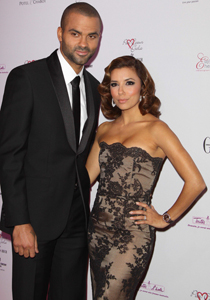 Eva Longoria’s rep went crazy on TMZ yesterday after they reported Tony Parker had filed for divorce in Texas. The gossip site later deleted the story and replaced it with a retraction.

But now it appears the Eva Longoria divorce is actually on. A source told People the actress filed divorce papers herself in the Los Angeles Superior Court.

Longoria, 35, and Parker, 28, were married in a lavish French wedding in July 2007. Later the same year they were plagued by rumors that Parker, a pro basketball player, was cheating on Eva.

Throughout their marriage there have been rumblings that Tony’s reluctance to have children — a wish Eva has very publicly announced several times — was causing a great deal of friction.

At 35, did Eva feel she couldn’t wait any longer?

Or did it have more to do with the fact that Eva allegedly busted Tony sending hundreds of text messages to a mystery woman? “Once the trust was lost, the marriage was over,” a source told US Weekly. “Eva truly thought she was going to grow old with Tony and have children with him. She’s inconsolable.”