Gwyneth Paltrow made her long-awaited Glee debut in The Substitute episode and the actress blew the roof off of McKinley High.

Gwyneth Paltrow stopped by Glee this week and the Oscar-winning actress’ performance made us giddy with glee. 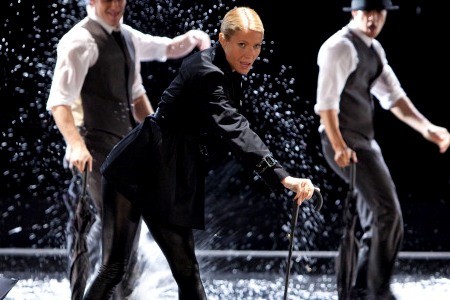 When McKinley High develops a sudden exposure to the flu, Sue Sylvester (Jane Lynch) is appointed temporary principal which doesn’t bode well for Mr. Schuester who has taken ill as well. Stepping in to rescue Mr. Schuester is Holly Holiday (Gwyneth Paltrow), a substitute Spanish teacher with an affection for glee club, not to mention she also teaches English to Kurt Hummel (Chris Colfer) in an interesting way — by using School House Rock songs. Kurt convinces the substitute to fill in for Mr. Schue during glee club.

The kids of Glee don’t take to Holly Holiday right away, but when she breaks into Cee Lo Green’s track being referred to as Forget You, they warm up. Rachel (Lea Michele) is not keen on Holly’s talk of ditching school to go to Taco Bell or her mentions of marijuana, but Finn (Cory Monteith) and Puck (Mark Salling) think it’s awesome. Despite everyone else loving Holly, Rachel goes to Mr. Schuester for help.

Meanwhile, Sue Sylvester takes her anger out on Coach Beiste by cutting the football team. One problem, who will her Cheerios cheer for? She needs a new cause to bring terror to and chooses the tater tots at the McKinley High cafeteria. This does not sit well with tater tot loving Mercedes, who is already having a hard time coming to terms with Kurt’s new friendship with Blaine (Darren Criss).

Mr. Schuester is not happy when he hears how well Holly is fitting in via snitch Rachel. She tells him how the sub is trying to be friends with the students and most importantly encouraging them to perform songs Mr. Schue has always said no to. Holly has even become salon buddies with Sue Sylvester. He sends Rachel to spy.

Rachel gets in Holly’s face over her laid-back attitude towards teaching. Turns out Holly has been giving away test answers and playing gangster rap musical chairs. She encourages Rachel to try something bold and not always do what she’s told. She entices Rachel by giving her a pass to sing any song Mr. Schuester told her she couldn’t. The two perform a Broadway-worthy performance of Chicago’s All That Jazz.

Mr. Schuester’s wife Terri returns to take care of the sick teacher and she seduces him.

Kurt sets Mercedes up on a date with a football player that Mercedes takes offense to while the kids of McKinley High create a tater tot revolt.

Sue claims to have been officially appointed principal and informs Mr. Schuester he is fired.

Kurt encourages Mercedes to give Blaine a chance, so they go to dinner but she can’t stand being the third wheel. 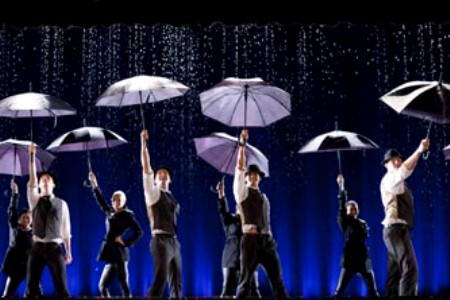 Back at school, Mr. Schuester confronts Holly Holiday about her lax teaching methods and her devious plans to change his glee club. Holly stands by her choice to connect with her students by means of Twitter and nurturing kids by letting them do their own thing. This leads to Mercedes vandalizing Sue Sylvester’s car by shoving tater tots up the tail pipe. Holly has no response when she’s confronted by Sue about her lack of responsibility over the kids.

Holly goes to see Mr. Schuester after freaking out over Mercedes getting in trouble. She admits that she used to be the perfect teacher until she encountered students who kicked her butt — literally. She decided to just be fun and substitute from that point on. Mr. Schuester and Holly are in the middle of a heart-to-heart when Terri walks in and flips out. He admits that being with Terri again was a mistake and sends his ex packing.

Kurt tells Mercedes he’s not breaking it off with Blaine and advises her to find love herself. She gets up the nerve to go talk to the boy Kurt was going to set her up with. The football player Kurt locked lips with during the Never Been Kissed episode shows up and threatens to kill him if he ever tells anyone what happened.

Mr. Schuester gets his job back

Sue gives Mr. Schuester his job back after the debacle with Holly Holiday — that and the fond testimonies from his students. “Mr. Schuester taught me the second half of the alphabet,” Brittany said.

The kids admit Holly was a nice break, but it’s time to think of sectionals. Mr. Schuester goes to Holly for help in making Singing in the Rain “more modern.” The two do a mega mashup of Singing in the Rain and Umbrella that was completely magnificent. The video for the mashup has been floating around, but seeing it tied to the full episode was epic because Matthew Morrison and Gwyneth Paltrow killed it — the kids did too.

Now, this is a recap but it wouldn’t be right to not take a moment to just comment on Gwyneth Paltrow’s contribution to the episode. She fit in perfectly with the cast of Glee. Ryan Murphy wrote a character Paltrow took to levels of funny and vulnerable all at the same time. She had a wide range of songs to tackle and she did it like she’s been rocking Glee since the beginning.

What did you think of Gwyneth Paltrow on Glee?