Tony Parker and Eva Longoria are not divorcing, despite a TMZ article. Where did TMZ get their oh-so-wrong information? 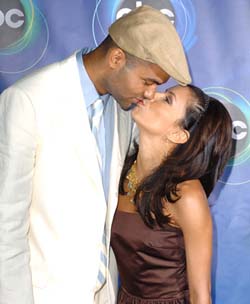 Rest easy, Desperate Housewives fans: an Eva Longoria divorce is not in the works, despite a TMZ report earlier today.

TMZ first reported that Longoria’s husband, San Antonio Spurs point guard Tony Parker, filed for divorce last weekend. They cited two court clerks at the Bexar County Courthouse as their source, adding that the case was filed in family court and sealed by a judge.

However, no such thing happened. Longoria’s reps from PRMK told SheKnows that the rumors are “100% false.”

The quick denial by Longoria’s team forced TMZ to issue a retraction on their story.

“Tony did not file and Eva does not even have a divorce attorney,” TMZ said in their retraction. They went on to say that another Bexar County court clerk in charge of sealed cases said that no Parker/Longoria case has crossed her desk.

We’re happy to hear that the couple is still together — they just married in 2007 and always look so in love when out together.

Here’s hoping they can shake off the rumors without constant scrutiny. Also, here’s hoping TMZ holds off a little bit on reporting news with unconfirmed rumors — somehow we doubt that’ll happen though.