In the most opposite of shocking development of the century, two of Jon and Kate Gosselin’s eight children have been expelled from their private school in Pennsylvania. Gee, who would have guessed those two would raise maladjusted kids? 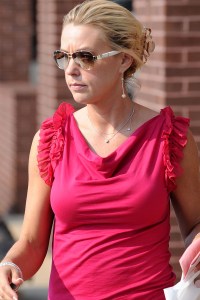 According to reports, after Collin and Alexis Gosselin, both 6 years old, got the boot for behavioral problems, they started being homeschooled.

That must have gone over well considering Kate Gosselin caused a flurry of press (her fave) after allegedly screaming, “You’re embarrassing me!” at one of her daughters after discovering she had been suspended from school.

Can you imagine having either Jon or Kate trying to fill the role of teacher? Kate would do nothing but huff and scream while Jon would be just as confused as the kids. “Ummm, what’s five plus five? Uhhh, I give up. Let’s just go buy some Ed Hardy t-shirts, smoke a pack of Parliaments and call it a day.”

One source told People magazine, “The situation is being grossly overstated. The kids are going through a challenging time, but Kate doesn’t feel this is something that should be discussed publicly. It is a private matter.”

Other reports claim all eight children are seriously acting out. You could blame their parents’ divorce for the children’s emotional problems, but we think it’s the parents who deserve to bear the brunt of any finger-pointing. Having watched their show, the idea that they would ever think it was a good idea to conceive children in the first place is baffling.