Apple kept it short and sweet when they made the announcement today: “The Beatles. Now on iTunes.”

The Beatles have taken their music from vinyl and brought it into the digital age! iTunes has announced they will sell 13 remastered Beatles albums, as well as a digital Beatles Box Set. 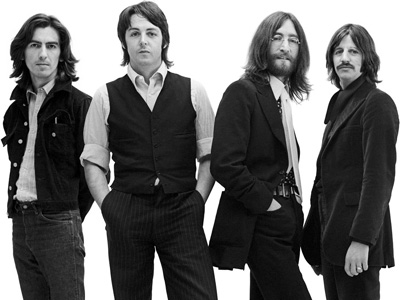 “We love the Beatles and are honored and thrilled to welcome them to iTunes,” Apple CEO Steve Jobs told ABC news. “It has been a long and winding road to get here. Thanks to the Beatles and EMI, we are now realizing a dream we’ve had since we launched iTunes 10 years ago.”

Ringo Starr said he is happy the Beatles are now on iTunes. “I am particularly glad to no longer be asked when the Beatles are coming to iTunes. At last, if you want it — you can get it now — the Beatles from Liverpool to now. Peace and Love, Ringo.”
Sir Paul McCartney agreed. “We’re really excited to bring the Beatles’ music to iTunes,” he said. “It’s fantastic to see the songs we originally released on vinyl receive as much love in the digital world as they did the first time around.”

Yoko Ono also gives her blessing. “In the joyful spirit of ‘give peace a chance,’ I think it is so appropriate that we are doing this on John’s 70th birthday year,” she said.