It’s long been a standard that TV’s primetime laughs stop at 10 pm, but NBC is bucking the trend with a three-hour comedy block on Thursdays this January. NBC has released its 2011 midseason schedule and Parks and Recreation and Perfect Couples will join the 30 Rock, The Office, Community and Outsourced Thursday night lineup. 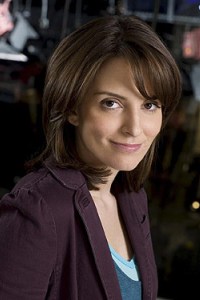 With one of the least watched seasons of The Apprentice coming to a close, NBC has decided to host a three-hour comedy block for the first time since its 1990-91 season. Parks and Recreation and the new sitcom Perfect Couples will join 30 Rock, The Office, Community and Outsourced on Thursdays, starting January 20, 2011.

The new lineup bumps the Tina Fey starring 30 Rock and Outsourced to 10 pm and 10:30, respectively, putting them in competition with two Thursday night heavy hitters, The Mentalist and Private Practice.

“Perfect Couples depicts the misadventures of three couples as they struggle to find out what makes the ideal relationship — and how to maintain it through humorous trial-and-error,” NBC previewed. “The series explores their heroic journey in search of the perfect relationship without destroying each other in the process.”

The other big newbies landing on NBC this January are the Monday night dramas The Cape and Harry’s Law and Wednesday’s new reality show, America’s Next Great Restaurant.

Then David E. Kelley returns to the bar with Harry’s Law on Mondays at 10 pm. The new dramedy, about making lemonade out of lemons, stars Academy Award winner Kathy Bates in the title role, along with Brittany Snow and Nate Corddry.