Prince William and Kate Middleton are officially engaged! What can we expect of their summer ceremony — and how will his wedding compare to that of his parents, Prince Charles and Princess Di?

On the heels of the announcement of Prince William and Kate Middleton’s engagement, the net is buzzing with speculation about the couple’s wedding. A statement from Clarence House confirmed the wedding would “take place in the spring or summer of 2011, in London. Further details about the wedding day will be announced in due course.”

How will Prince William’s wedding compare to the elaborate wedding of his parents, Prince Charles and Princess Diana? 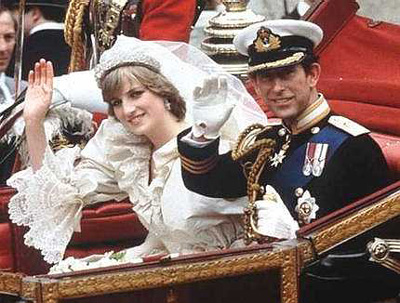 A spokesman for Prince Charles has confirmed that Prince William did give Kate the engagement ring that belonged to his mom, Princess Diana. The ring is a beautiful oval sapphire with diamonds surrounding it.

Diana and Charles’ wedding was indeed a fairy tale affair. More than 750 million people tuned in on July 29, 1981, to watch Prince William’s parents get married at St. Paul’s Cathedral.

How amazing would that be if Prince William and Kate also got married at St. Paul’s cathedral? 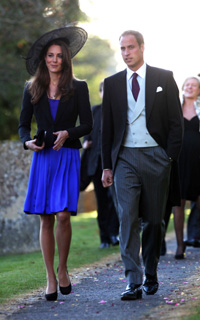 The details of Princess Di’s wedding gown were kept a secret until the day of the wedding. She looked every bit the princess in her elaborate flowing gown by designers David and Elizabeth Emanuel. It featured antique lace and had 10,000 mother-of-pearl sequins and was trimmed with bows and lace.

What will Kate’s dress look like? Many are speculating she will choose a more modern and sleek wedding dress, instead of something like Princess Di’s elaborate gown. Will she choose a British designer, like John Galliano or Marchesa? Whatever she chooses, we know the stylish Kate will look like a true princess on her wedding day.

Diana and Charles’ wedding guest list was stacked with everyone from British aristocrats to Nancy Reagan. You can be sure that everyone will be watching their mailbox for Prince William’s royal wedding invitation!

Royal protocol does not have the newlyweds kiss, however, Charles and Diana famously cast that aside when they kissed on the Palace balcony, much to the delight of all the fans below. This is one romantic tradition that I would love to see Prince William and Kate re-create!