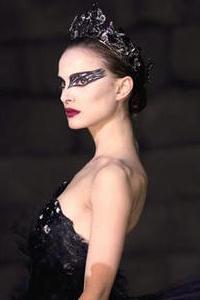 SheKnows brings you an exclusive clip of the premiere featuring interviews with Portman, Kunis, Cassel and Ryder!

Black Swan is so much more than a film about ballet. It is from the mind of director Darren Aronofsky (The Wrestler, The Fountain, and Requiem for a Dream) and is a psychological thriller in the purest form.

In Black Swan, Portman plays the lead dancer for a New York ballet company who is set to tackle the lead of the company’s upcoming production of Swan Lake.

The part is hers to lose and if upstart dancer Mila Kunis has anything to say about it, the role will in fact be hers.

Black Swan is steeped in the tradition of the in-the-mind type of thriller that by the end of the film has audiences reeling in a powerful cinematic stupor over what they have just witnessed.

In our exclusive coverage from the Los Angeles AFI Fest premiere, Black Swan’s dueling ballerinas — Portman and Kunis — provide us priceless insight into how they found their characters, working with director Aronofsky and why audiences will find no thrills like Black Swan thrills at the cinema this season.