Hold My Hand is the first official single off of Michael Jackson’s new album. Listen to the new single, featuring Akon, and tell us what you think!

The lead track from Michael Jackson’s posthumous album is called Hold My Hand and features a collaboration with Akon.

“Just to be in the same room [with Michael Jackson], I felt like everything I wanted to achieve in life had already been achieved,” Akon told MTV News. “That’s how incredible that aura [is].” 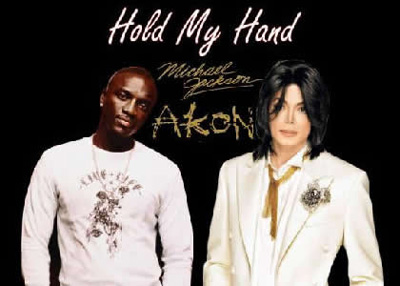 Akon proud to have worked with MJ

Whereas Breaking News had a message of anti-media, Hold My Hand is all about coming together and peace. One version of this song was leaked in 2008, but Akon tells MTV News that this version is the finished one.

“The world was not ready to hear Hold My Hand when it leaked a couple years ago. We were devastated about it,” Akon said. “But its time has definitely come; now in its final state, it has become an incredible, beautiful, anthemic song. I’m so proud to have had the chance to work with Michael, one of my all time idols.”

Check out some of the lyrics of Hold My Hand:

This life don’t last forever/So tell me what we’re waiting for/We’re better off being together/Than being miserable alone.

The new album, Michael, will be released on December 14 and features collaborations with 50 Cent and Lenny Kravitz. Here is the complete track list for Michael:

One person that has collaborated with MJ in the past, but refuses to take part in the album is Black Eyed Peas’ Will.I.Am.

“Whoever put it out and is profiting off of it, I want to see how cold they are,” he recently said during an interview with Entertainment Weekly. “To say that what [Michael] contributed during his life wasn’t enough. He just wasn’t any ordinary artist. He was a hands-on person. To me it’s disrespectful. There’s no honoring.”

Listen to Hold My Hand and tell us what you think!