The animated antics of Will Ferrell and Tina Fey won Megamind the box office for a second weekend. Unstoppable had a good run, but didn’t crush the box office as hoped.

America continued to turn out for 3-D laughs over the November 12 weekend, earning Megamind a $30.1 million take and another win in the box office battle. 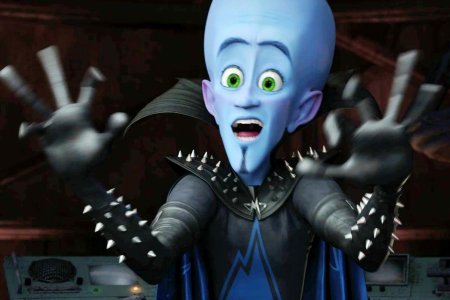 This haul brings the DreamWorks Animation comedy starring Will Ferrell, Tina Fey, Brad Pitt and Jonah Hill up to almost $90 million. Tack on an additional $27 million from abroad and Megamind has easily covered its $100 million budget. With the film yet to open in Europe and Latin America, Megamind‘s numbers still have room to grow.

Due Date with Robert Downey Jr. and Hangover funnyman Zach Galifianakis was bumped to third, with $15.5 million. Skyline came in just behind, with $11.7 million; while Morning Glory closed out the top five with $9.6 million.

Tyler Perry’s For Colored Girls took a big drop from last week’s third place opening, falling out of the top five with $6.8 million. With a $31 million total haul so far, however, the dark drama covered its $21 million budget.

Halloween’s blockbuster kings took another hit, while switching places in the lineup, but it was a very close race. Paranormal Activity 2 fell to eighth with $3.1 million, moving ahead of Saw 3D, which banked $2.8 million. With an extra week in theaters and a tiny $3 million budget, Paranormal Activity 2 has banked $82 million so far, almost doubling Saw 3D‘s haul.

Jackass 3-D closes out the top ten. After five weeks in theaters, this weekend’s $2.3 million brings the little 3-D stunt movie up to $115 million in the US.

This weekend, Harry Potter and the Deathly Hallows: Part 1 finally lands on November 19, along with Russell Crowe’s prison break movie The Next Three Days.