The highly anticipated trailer for the Mia Wasikowska-starring Jane Eyre has premiered and SheKnows has it! 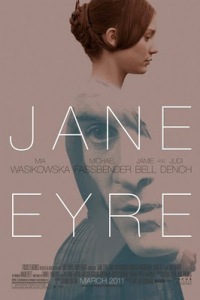 At the 2009 Sundance Film Festival, Cary Fukunaga made a triumphant debut with his first feature, Sin Nombre. Winning both the Directing Award and Excellence in Cinematography Award, the film is a harrowing, haunting tale of unexpected beauty that explores the desire for love and trust, the meaning and yearning for the comfort of family, both actual and chosen, and how far human beings are willing to go in the hope of creating a better life for themselves and those they care about.

Written and directed by Fukunaga, Sin Nombre was stunning, haunting filmmaking. Focus Features quickly snatched up the film and the young — and, it must be mentioned, very handsome — director, smartly signing him to a three picture deal.

His next film, Jane Eyre bows in theaters on March 11, 2011, and, having just watched the trailer, what we can’t figure out is why it isn’t being released in time for Oscar consideration.

Starring Alice in Wonderland and The Kids Are All Right scene-stealer Mia Wasikowska as Jane Eyre, a governess whose life is fraught with romance and tragedy, the diabolically sexy Michael Fassbender (Inglorious Basterds, Fish Tank) as Jane’s employer, Judi Dench as Mrs. Fairfax, Jamie Bell as St. John and Sally Hawkins as Mrs. Reed, the film is a new adaptation of Emily Bronte’s classic novel that’s much darker and more gothic than audiences may expect. 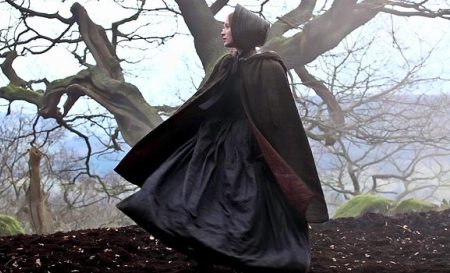 In a 2009 interview, Fukunaga said, “I’ve spent a lot of time rereading the book and trying to feel out what Charlotte Bronte was feeling when she was writing it. That sort of spookiness that plagues the entire story… there’s been something like 24 adaptations, and it’s very rare that you see those sorts of darker sides. They treat it like it’s just a period romance, and I think it’s much more than that. It’s all about tension and creating that sense of horror underneath.”

Sinister and seductive, we can’t wait to see what Fukunaga does with the classic story and where his career goes next. He’s definitely a talent to keep your eyes on.