Harry Potter and the Deathly Hallows Part 1 premiered at London’s Odeon Leicester Square and the cast, including stars Daniel Radcliffe, Emma Watson and Rupert Grint, celebrated the first chapter of the two-chapter finale to pop culture’s most popular and resonant fictional series. After Radcliffe, Watson and Grint marked their achievement into the wee hours, Radcliffe and his Harry Potter clan got their rest and then headed to Claridge’s Hotel in Mayfair. We were there awaiting the hallowed cast of the Deathly Hallows — chief among them Harry Potter himself, Daniel Radcliffe.

Radcliffe is Harry Potter on screen and in every possible way that author JK Rowling could have dreamed, her cinematic counterpart to her literary legend is perfectly cast. Most remarkably, a decade after director Chris Columbus cast a trio of child actors, his trinity of talent is still shining and their undeniable acting chops are on full display in Harry Potter and the Deathly Hallows Part 1. 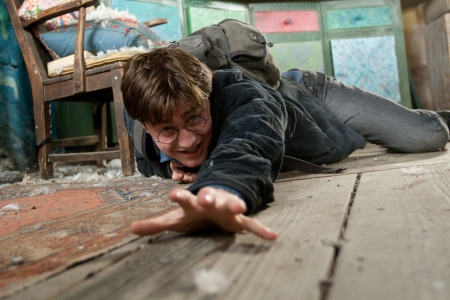 As the 20-year-old actor approaches our table to chat, this is an iconic moment as a chapter in a global phenomenon is coming to a close. There is rarely the performer who is equally as excited for his or her project, as they are efficient at their ability to capture an essence of a generation. 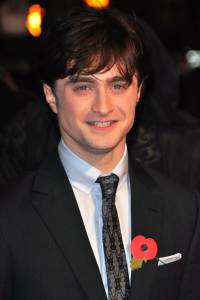 SheKnows: How did the character of Harry Potter continue to challenge you over seven films? How did you challenge yourself?

Daniel Radcliffe: I think one of the things that happened that was interesting, was that when I saw the sixth film, I was so, so unhappy with my own performance in it. That knocked me back a bit. I felt kind of, not inhibited by that, but I saw it and I was so bored by my own performance. There was no variety and nothing particularly interesting about it in an otherwise good film.

SheKnows: How did that motivate you?

Daniel Radcliffe: That I think, when it came to seven — that was the kick in the behind that I needed to spur me on — to make seven the best. I think that was the biggest challenge over the last film was trying to sort of get over that fact, to get over how unhappy I’d been with number six. Because there’s two ways to react to a situation like that, where you become so fixated by what you’re doing that you try to do less and less and less and you go right into your shell and not react to it. The other way to do it is to come out kicking. And that’s what I tried to do in seven. [I] just tried to give a more varied, interesting performance as Harry, and try and be a bit more fearless, because that’s what I always admire in actors like Gary Oldman and David Thewlis and people like that. They’re bold enough to think, “I don’t care what I’m going to look like or how I’m going to see this later or how I’m going to feel about this later. I’m going to do what feels right now and not be self-conscious.” So that was the challenge in this film, was trying to get over some of the disappointments.

SheKnows: How was it as a budding actor growing up to have different directors come along? I mean, you’ve had David Yates for the last several. But in your formative years, they were changing continually.

Daniel Radcliffe: Yeah, I think it was great to be honest with you, because I remember when Chris told me he was leaving on number two, I was very upset and I thought, “Oh no, that’s a terrible thing.” But actually, it proved the best thing for the series because it opened it up to different creative ideas and different people came on board. It made the series better. Also, I think the fact that Alfonso (Cuaron) came along to the film was really smart from our producers, particularly David Haymen, who was very instrumental in that. He’d just directed Y Tu Mama Tambien and it gives you a bit of — for such a mainstream movie franchise — it gives you a bit of weight with the critics. To have somebody who’s had such an indie career suddenly working on the film, [laughs]…well I think that made people see us in a slightly different light. And I think the fact that David Yates got the job on number five was fantastic because it shows that we’re not afraid of taking risks, because a lot of people saw it as a risk. I mean, I think the thing that sold David to us all was State of Play, his TV series.

SheKnows: That was an awesome piece of filmmaking… 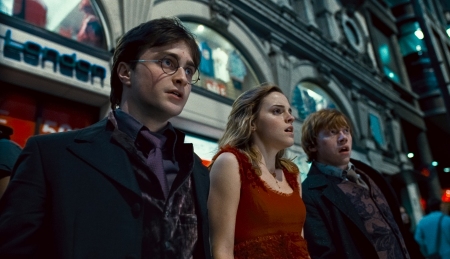 Daniel Radcliffe: State of Play, yeah, because if you watch that, it’s over six episodes. The level of storytelling is amazing. And that’s what you need for a Potter film. And I’ve always said about David, that it’s like he can see the whole film in one frame in front of him. That’s his great advantage as a filmmaker, his ability to tell stories so, so well. So yeah, I think it was vital that they changed directors. It was interesting because once David had done number five and then it looked like he was going to do number six, I think you have to have the same person do seven as did six — because that would have been too big a risk. If somebody had come in and not known what they’re doing and not have known the set-up of Potter and how everything works — you need somebody who’s already familiar with how everything works on Potter, to provide a sense of continuity in the films. Because six is such a set-up for seven, I think that would have been a mistake to get someone new for the last movies because that would have seemed weird.

SheKnows: Chris Columbus and David Barron got you when you were very young and you are all still so great for the parts. In a lot of movies, they change the actors. What are your thoughts about that? How have you all been able to keep doing this?

Daniel Radcliffe: [Laughs] I don’t know. I think they probably saw my mother and thought, “Oh this boy isn’t going to grow that much.” Because she’s like five-foot and my grandmother is four-foot-nine. So they presumably just thought, “Ah, he’s not going to get too tall for the role, that’s for sure.” And then, to be honest with you, I think studios have a reputation for being quite cutthroat. And I don’t think they have been on Potter at all. There was definitely a sense of loyalty and there was never a sense that we were going to be screwed over by the studio in any way. They were always very, very supportive and I think they always realized, particularly in the early days, that they were dealing with young kids, whose hearts would be broken if suddenly they said, “We’re replacing you.” You know? I think that’s why the casting process took so long, because they wanted to find people that would not only be right for the first film, but also sort of durable enough to last, hopefully, for quite a few years. And it was certainly talked about from all our points of view. 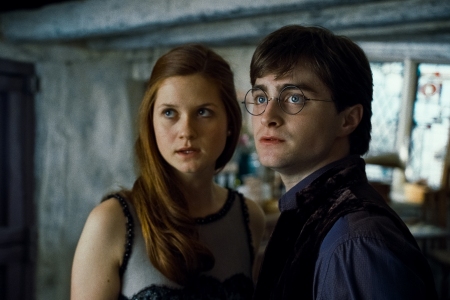 Daniel Radcliffe: I mean, I had moments where I thought, “Well, maybe after three, that would be the time to walk away because that will give somebody else a run before the end.” I know Emma [Watson] was sort of deliberating to sort of stay or go before she did number six. So we’ve all had those moments, but ultimately we all thought we’re so lucky to get these parts. The thing is, no matter how big you get with one series, if you’re like 14 or 15, and then you walk away from that part, there are very few good parts for 15, 16-year-olds that would take you a step up from where you’ve been with the part. So it just wouldn’t have made much sense for us to walk away. I think we just got very lucky because they didn’t want to replace us and we didn’t want to leave. [Laughs] So it was very good fortune.

SheKnows: Do you think other studios could steal a page from Warner Bros in how to nurture a series?

Daniel Radcliffe: Um, I think so. I certainly think a lot of studios could learn from how Warner Bros have dealt with this franchise in that they have just put total faith in the filmmakers and the producers and the people that know best, and gone, “We trust you.” There’s one guy in Warners who’s amazing because he’s never read a single book. So he watches the films and goes, “Well, who’s that?” The fact that we’ve got somebody who’s that objective means that we go, “Oh yeah. That’s not clear at all unless you’ve read all the books.” So yeah, I think a lot of studios could learn a lot from the way Warners has handled these films.

Up next, Daniel Radcliffe describes the scene when Harry Potter and the Deathly Hallows wrapped.