You knew this was going to be a rough fall TV season when straight out of the gate, after just two episodes, Fox canceled Lone Star, a show that earned glowing critical praise and should have been given more time to grow.

Since then, ABC took an axe to My Generation, which we admit we meant to watch, purely for True Blood’s Mehcad Brooks, but never got around to (like most viewers it seems), and Maura Tierney’s The Whole Truth, while NBC cut Undercovers, which we were rooting for simply out of J.J. Abrams love, but seemed destined for failure after we saw the pilot, and Jimmy Smits‘ Outlaw. 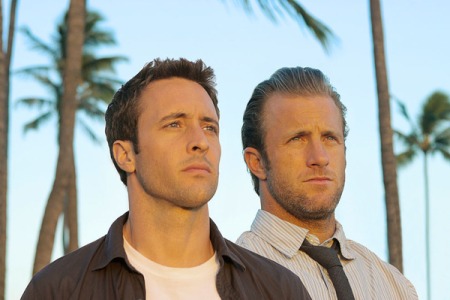 With many series still on the proverbial “bubble,” we decided to celebrate the new shows that earned season passes on our DVR this fall rather than the ones we love (what up, Blue Bloods?) that will probably be long gone by February.

Moving to the head of the class is AMC’s The Walking Dead, which has already been renewed for a second season. Starring Andrew Lincoln, who audiences may remember from his devastating turn in Love Actually, where he proclaims his love for Keira Knightley Bob Dylan-style on a series of cue cards, this show about the survivors of a zombie apocalypse will have you squealing, jumping and clutching your pearls.

Although we were initially hesitant about Hawaii Five-O, one viewing made it instant must see TV, and not just because of the boogie-on-your-couch theme song or all the super foxy man candy on display. Sure, Alex O’Loughlin and Daniel Dae Kim make great TV, but it’s swaggering Scott Caan who steals the show and will probably get the nod come Golden Globe and Emmy time. 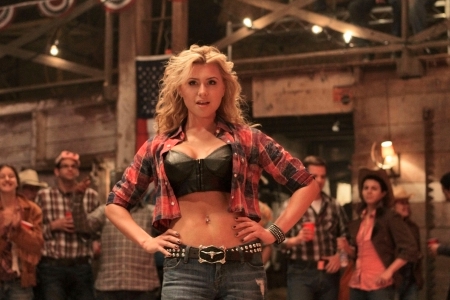 Every DVR needs a guilty pleasure and ours is Hellcats. The CW show starring Alyson Michalka, about a group of competitive college cheerleaders, is surprisingly delicious viewing right down to its catch phrase, “Shake it like you’re from Memphis.”