Samantha Ronson is being sued after her dog viciously killed a neighbor’s pet in her Los Angeles apartment building. 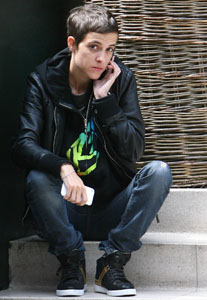 Samantha Ronson is facing a serious legal fight after her dog, Cadillac, attacked and killed her neighbor’s dog in the shared hallway of their LA apartment building.

Farnouche Kamran says Cadillac attacked her and her Maltese pooch, Tiger, on August 30, resulting in the death of her beloved pet and serious injuries to herself. She is suing for close to a million dollars.

The court documents state that Cadillac ran through the hallway unleashed while a male guest of Ronson’s did nothing to stop the attack.

“Kamran suffered physical injuries including bites to her head, hands, and other body parts while Tiger sustained injuries which resulted in his unfortunate death,” the legal documents read.

Cadillac allegedly attacked two other dogs in the weeks leading up to the fatal incident and was under order to be muzzled at all times. Samantha Ronson shipped the pooch to relatives on the East Coast immediately after the attack.