Two of the six-year-old twins of Jon and Kate Gosselin have been expelled from their private school in Pennsylvania. 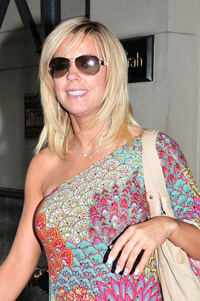 It must be tough to grow up in the spotlight, like the eight children made famous from the reality show Jon and Kate Plus 8. Every mishap and mistake is documented, including the news that two of the Gosselin twins, Collin and Alexis, have been expelled from their private school.

Kids are being homeschooled

Sources are saying both six-year-olds are now being homeschooled. There have been reports of violence and bullying, however, once source tells People that those reports are exaggerated.

“They’ve fought with their peers, called them nasty names and made fun of other kids,” a source told InTouch magazine.

“The situation is being grossly overstated,” another insider says. “The kids are going through a challenging time, but Kate doesn’t feel this is something that should be discussed publicly. It is a private matter.”

The heavily publicized divorce between Kate and Jon undoubtedly has been difficult for the kids, however, Kate has said they are handling it well. “They’re just amazing, resilient, loving kids,” she said.

The eight kids include sextuplets — Alexis, Hannah, Leah, Aaden, Collin and Joel, as well as twins Cara and Mady.

Read on for more Jon and Kate Gosselin: