Justin Bieber is down but not out after injuring his knee during a Cleveland concert. 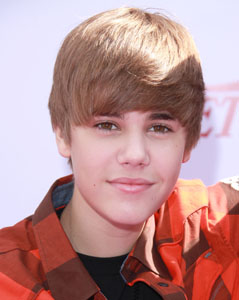 Teen sensation Justin Bieber is on the injured list after hurting his knee in the middle of a Cleveland concert.

Bieber hurt his knee midway through the show at Cleveland State University’s Wolstein Center but like a true professional kept the show going.

“I twisted my knee pretty bad,” he told the crowd.

A rep for Justin Bieber told E! News, “Justin was seen limping onstage last night, however, he finished his set. We are hoping it’s just a bad sprain.”

What better time for Bieber’s new single Pray to hit the net? Fans took to Twitter to make #prayforjustin a trending topic when the news of his injury hit. Two-for-one publicity is the best kind.

This isn’t the first time the Biebs has hurt himself at a show. Last year, he broke his foot while opening for Taylor Swift after tripping down a ramp.