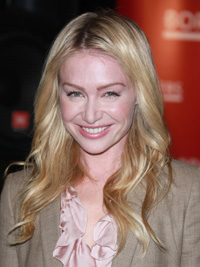 On an episode of The Ellen DeGeneres Show airing Friday, November 12, Kelly Osbourne grilled the comedian over Portia de Rossi’s Dancing With the Stars future.

Ellen says it could happen

“I have a question,” Kelly Osbourne told Ellen DeGeneres. “Is it true that Portia [de Rossi] is going to do [Dancing With the Stars]?”

“I heard that Portia de Rossi might be doing Dancing With the Stars,” Ellen DeGeneres replied.

After news starting leaking that there might be a same-sex couple on next season’s DWTS, Kelly Osbourne couldn’t help but root for Ellen DeGeneres’ wife.

“You should do it like they did it in Israel with the same-sex couple,” Kelly gushed. “I think it’s amazing. The dancing is so much better when they do the two women together. I’ve been watching it every week and it’s fabulous.”

What does Ellen DeGeneres think of Portia de Rossi, or DeGeneres if you go by her new legal name, dancing with a woman that isn’t her?

Is Ellen the jealous type?

“It’s an art form and in dancing it doesn’t matter. We are just so used to seeing a man and woman dancing together,” Ellen explained to Osbourne. “I think that’s great that they’re going to do that.” 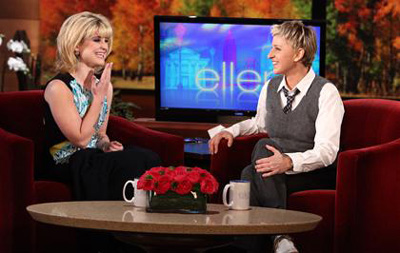 With the semi-finals of Dancing With the Stars season 11 still underway, it’s still too early to guess who will be lighting up the DWTS ballroom floor next season. Wouldn’t it be pretty stellar to see Portia de Rossi race for the mirrorball trophy? Female or male partner aside, she used to be a ballet dancer back in the day, and she’d most likely give us a show week after week.

After her recent admission to struggling with a past eating disorder and eating only 300 calories per day at one time, her support system has been stronger than ever. Maybe now is the time to get out there and do it, while she’s braver than ever.

What do you think of the news that Portia de Rossi might don some dancing shoes?