Harrison Ford, Rachel McAdams and Diane Keaton star in Morning Glory and the romantic comedy has debuted. In our review of Morning Glory, we called the film “a complete joy.” Without Aline Brosh McKenna’s words, the stars and their film would merely be an idea.

But then, Aline Brosh McKenna is used to enlivening stories with her prose. From her screenwriting work on The Devil Wears Prada to her current work on Morning Glory, McKenna is quickly becoming the go-to woman for crafting smart stories that shine. 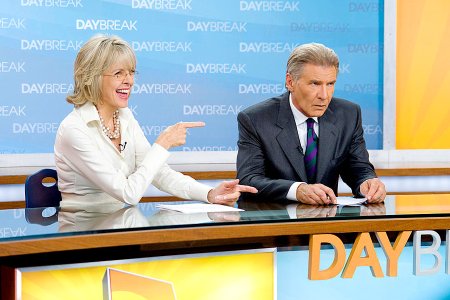 SheKnows was in for a real treat when we sat down to talk with Aline Brosh McKenna, who provided us insight into the process and how it feels to have the likes of Meryl Streep, Anne Hathaway, Harrison Ford, Rachel McAdams and Diane Keaton utter her words.

SheKnows: During the Morning Glory press conference both Harrison and Diane praised you. That must feel amazing!

Aline Brosh McKenna: Harrison was an early booster of the project and he came on really early. He’s somebody that J.J. Abrams, our producer, had worked with. J.J. wrote the script for Regarding Henry so he’s been great. He really sort of locked into the movie and the character really early on and was with us through the development process of the script. He’s been great and Diane’s somebody who I grew up watching her movies and for funny women she’s in a lot of ways the gold standard. They were a dream to work with.

SheKnows: I noticed with Morning Glory and The Devil Wears Prada, there are a couple of similar themes about women making it in the big city.

Aline Brosh McKenna: What’s different about it is Prada’s really about learning who you don’t want to be. Her struggles are less about balancing her work and her life and more about realizing she doesn’t want to be a certain kind of person who’s willing to throw her friends under the bus. This is much more of a valentine to people in the workplace. This is much more about people in her workplace who become her family and what she learns from them. He’s a difficult co-worker but ultimately it’s about them coming together as opposed to Prada which is about them going their separate ways. That’s what I know, is being a woman in the workplace and you write what you know and understand and have experienced and obviously with Prada I had a great book to work from. I think that there are a lot of women in the workplace now who have this experience of having to be in positions of responsibility and be a boss and who feel like they’re totally not taken seriously. It’s because they’re youngish women and here’s a guy who doesn’t take her personally seriously, but also really hates what she stands for so it seems like a good antagonist relationship.

SheKnows: How did this project come about?

Aline Brosh McKenna: I pitched it to J.J. and then I wrote a draft and then we got Harrison. We got Roger Michell (the director) and then the writers went on strike for a while. I came back, I rewrote it, we got the rest of the cast.

McKenna: From page to screen

SheKnows: With the process of adapting a story from a book, which is more challenging for you and why?
Aline Brosh McKenna: They’re just different. It’s different when you’re adapting something. You’re in conversation with this piece of material so you are maybe a little further down the road when you get started. But when you’re writing an original, you get a certain kind of freedom that you don’t have when you’re adapting. They have different challenges. In some ways, they have identical challenges since it’s all about storytelling. 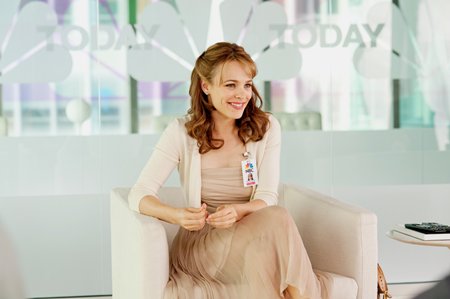 SheKnows: Can you talk a little bit about the research you conducted with morning shows since Morning Glory’s premise is based on a morning show?

Aline Brosh McKenna: It was really fun but you have to get up when they get up which is incredibly early. Those 7 a.m. shows, they’re there around 5:30-6 a.m., but the shows that are on at 6, they have to be there even earlier. You have to be very, very dedicated to work the schedule that you do. They’re very funny, fast talking, smart, slightly jaded, slightly sentimental, passionate people. And as Roger was saying, the more time we spent with them, the behind-the-scenes news people, the more affection we had for them. What a whirlwind that world is and I hope we captured some of that.

Aline Brosh McKenna: I have a big Cinderella movie I’m writing right now for Disney. I’m writing another movie for J.J. that I’m actually collaborating with another writer with and two of the scripts I wrote start filming in January — a movie called We Bought a Zoo directed by Cameron Crowe and starring Matt Dillon, and I Don’t Know How She Does It which is about being a working woman that Sarah Jessica Parker is in.

SheKnows: Do you work on one script at a time?

SheKnows: When you’re aware of the roles already cast in your movies such as Sarah Jessica Parker, do you tailor the screenplay specifically to the actor?

Aline Brosh McKenna: I often do a little bit. We knew Harrison was going to play the part for a while so it was definitely fun doing things we thought he’d be particularly adept with him doing.

SheKnows: Do you see any parallels with your own career and the roles you write in terms of making it big in the city and having your dreams come true?

Aline Brosh McKenna: The difference of myself and the characters I write about is that my workplace consists of me alone in a room and a cup of herbal tea. In a way, it’s sort of my fantasy of having this busy life. I mean I do have great, great, great collaborators on all these movies but they’re for a period of time. They’re project-dependent and so I spent a lot of time alone in my office. I think this movie in particular is a fantasy of all the great relationships…and in my way, it is a tip of the hat to all of the people I’ve worked with and how much I’ve learned.