Another Duggar baby is on the way — but whose is it?

There is another Duggar baby on the way — but this time it isn’t Michelle Duggar who’s pregnant. Oldest son Josh Duggar and his wife Anna are expecting their second baby in June! 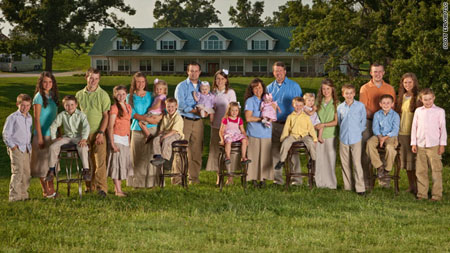 While Jim Bob and Michelle Duggar are busy with their brood of 19, Josh and Anna — both 22 — so far have only one other child, one-year-old Mackynzie.

“I showed Josh the positive pregnancy test on Mackynzie’s birthday,” Anna told People. “It was fun to announce it to everyone on that already happy day.”

“It was awesome to get the news,” said Josh.

Jim Bob and Michelle are thrilled to be grandparents for the second time, even while their own youngest isn’t even quite a year old.

“We are so excited about the new expansion to our family,” Jim Bob said.

“We can’t wait to find out more about this new baby,” added Michelle.

Josh and Anna have agreed to have as many babies as they can, just like Jim Bob and Michelle.