Actress and singer Michelle Nicastro passed away last week after a 10-year battle with cancer. Read on to learn more about this actress’ prolific career. 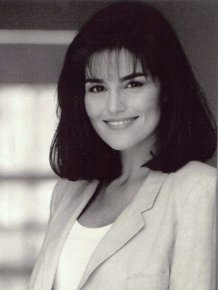 Another actress and singer has passed before her time. Michelle Nicastro, best known as the voice of Princess Odette in The Swan Princess, passed away on Nov. 5 from a 10-year battle with breast cancer. She was 50.

In addition to The Swan Princess, Nicastro appeared in a variety of television shows and movies, including Full House, Who’s the Boss?, Beverly Hills 90210, Days of Our Lives and the classic When Harry Met Sally, according to IMDB.

However, theater was Nicastro’s first love.

“I moved to Los Angeles. I got a job at Anne Taylor. About two weeks later, [I] auditioned for a show called Merlin and got the lead in it, and got flown to New York,” Nicastro said in a 2004 interview. “Isn’t it strange? It’s like I moved to L.A. to get a job on Broadway! You know, my heart was always there, so I think it was meant to be.”

Nicastro was also a designer, of sorts. She created a tri-fold binder to help mothers get organized. A portion of the proceeds from the binder, now available at TrulyMom, will benefit the Jonsson Cancer Center Foundation at UCLA.

Nicastro is survived by her husband, Steve Stark, and two daughters.