Harry Potter fans are counting down the hours for the Harry Potter and the Deathly Hallows: Part 1 premiere on November 11 in London’s Leicester Square.

The entire cast of Harry Potter, including Daniel Radcliffe, Emma Watson and Rupert Grint, are all gearing up for their London premiere of Harry Potter and the Deathly Hallows: Part 1 in Leicester Square tomorrow. 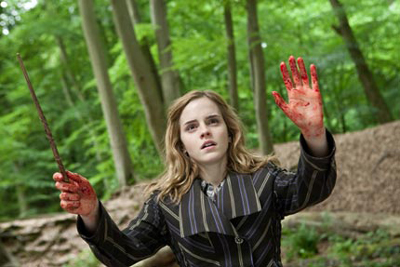 Harry Potter at the box office

The six Harry Potter movies released thus far have all been huge hits, bringing in a whopping 5.4 billion dollars at the box office. The November 18 release of the new Harry Potter will undoubtedly be one of the biggest movies of the year.

Warner Bros originally considered making Harry Potter and the Deathly Hallows in 3-D, but changed their mind and instead split the book up into Part 1 and Part 2, to be released July 2011.

Radcliffe, Watson and Grint have been working together since they were 11 years old, so the much-anticipated kiss between Harry and Hermione was fun for some…awkward for others. 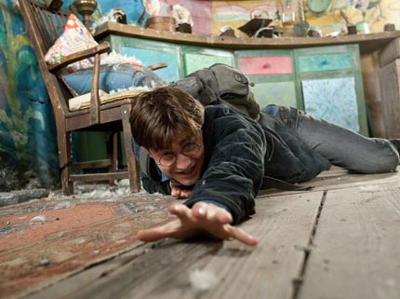 “I was ambushed by that! That was incredible, I was not expecting that,” Radcliffe told Daybreak. “I always thought it was going to be this soft sensual sort of moment and suddenly there was this vigorous kissing happening to me. She is a bit of an animal, she is, she was great. But then I’m not complaining, there are tens of thousands of men that would cut off limbs to be in that position.”

Rupert, however, had to “leave set because he was laughing that much.”

The big question of the night is: What will they wear? Emma Watson tweeted she has her outfit, but didn’t reveal much more. “Premiere outfits — done!” What? No Twitpic?

Watson then tweeted today about her excitement for the big event. “Hi guys, second day of DH 1 press today — yesterday was busy but good! Who’s looking forward to tomorrow???!“

SheKnows will be at the London premiere of Harry Potter and the Deathly Hallows -– so stay tuned for more breaking news!

read on for More on Harry Potter