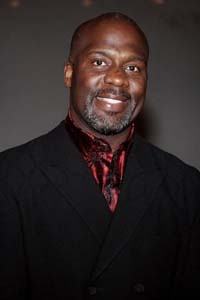 Another musician now has his own show on the airwaves on Sirius XM Satellite Radio. Controversial Gospel star Bebe Winans started his own show on two weeks ago on Praise Sirius channel 68 and XM channel 33.

Winan’s show, The Stellar, airs Sundays at 2 p.m. EST and is rebroadcast Tuesdays at 6 p.m. During the show, Winans interviews fellow musicians and features his favorite Gospel music.

In a strange cross-promotion, Winans appeared on Howard Stern’s Sirius XM show Wednesday morning. Co-host Robin Quivers commented that the once-hefty Winans had lost a lot of weight — 50 lbs. within the past year.

The shock jock told Quivers earlier this week that he found her the perfect man.

Apparently Stern and Winans work out at the same New York City gym and Stern “thought of Quivers right away” when Winans told him he was looking for a good woman.

“You can be angry, but I’ll be at the wedding,” Stern replied.

Quivers said the hookup is never likely to happen, thanks to Winan’s dedication to church. However, it might have something to do with Winan’s arrest last year for domestic battery on his now ex-wife. The charges were later dropped.

Will you be tuning in to Bebe Winan’s new Sirius XM show?