The Vampire Diaries gets closer to the truth this week as doppelgangers Katherine (Nina Dobrev) and Elena (Nina Dobrev) delve deeper into each other’s minds. 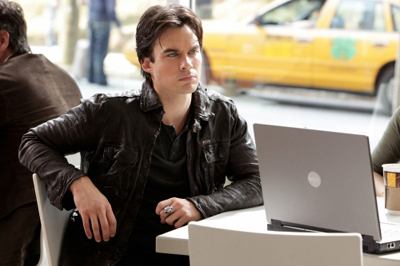 On this week’s The Vampire Diaries, titled Katerina, Elena seeks out danger head-on when she digs into Katherine’s past in search of answers to her own future. Despite knowing the risk she’s taking by visiting Katherine in the tomb, Elena begs Caroline (Candice Accola) not to tell Stefan (Paul Wesley).

Meanwhile, the oldest Salvatore brother, Damon (Ian Somerhalder), preys upon a new “friend” to get to the bottom of the real mystery surrounding the moonstone.

Fresh off of their newfound friendship, Jeremy (Steven R. McQueen) and Bonnie (Katerina Graham) are introduced to Luka (Bryton James), a new classmate who may have a secret or two. 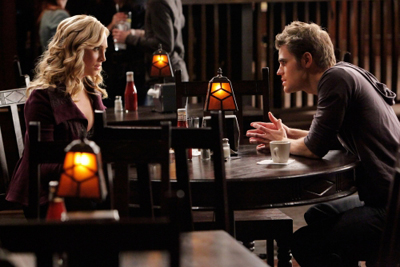 As if an all new episode isn’t exciting enough, The Vampire Diaries and its fans have even more reason to celebrate. The CW announced its plans to air a week-long marathon this December. Starting Monday, December 13, the first 10 episodes of season two of The Vampire Diaries will air two hours per night ending December 17. That’s five days of vamptastic hotties.

Check out SheKnows’ clip of The Vampire Diaries and tell us what’s been your favorite episode so far and which ones you can’t wait to see again.