Lisa Rinna has endeared audiences since she first made it big on Days of Our Lives, and continued through Melrose Place, her Dancing With the Stars turn as well as her successful effort as an entrepreneur as owner of the Los Angeles boutique Belle Gray with her husband, Harry Hamlin. 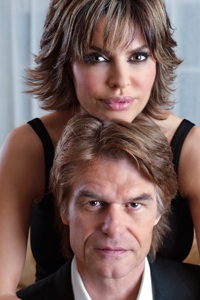 Rinna and Hamlin are currently enjoying success as the subjects of the reality TV hit, Harry Loves Lisa. The show’s season finale airs November 10 and Rinna phoned us for an exclusive chat about life in the spotlight, as well as how her children are handling the cameras capturing their lives.

SheKnows: Was it a little weird when cameras started following you around? Is it still weird but have you gotten used to it?

Lisa Rinna: You know, it’s interesting for us because Harry and I have worked in front of the camera now for many, many, many years. It’s not that odd to have cameras around. It was odd to have them in our house [laughs]. But, to have a camera around was so normal for us — it was actually very effortless and very easy. Of course, they didn’t follow us around all the time. It was a scheduled show just like we’ve ever done.

SheKnows: Was there any hesitation by Harry to do this show?

Lisa Rinna: I think Harry was really hesitant, because for me, I’ve done Dancing With the Stars, I watch reality TV and I like it. He’s never even watched a reality show. And that’s a true story [laughs]. He did Dancing With the Stars for a personal challenge reason. He certainly didn’t do it for anything other than that. So it took some convincing for Harry, but we wanted to work together and we wanted to create something that would be proactive and to do a show that takes people back to I Love Lucy and Leave It to Beaver. In the end, as scary as it was, it was really fun to do. I think we’re always scared. I’m more scared when I get a new job. It wasn’t that different. We knew it would be okay because we were still partly in charge of it, if you know what I mean. 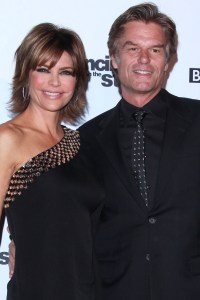 Harry & Lisa’s life gets too real

SheKnows: How have you two been after your store was broken into? It was surreal seeing you hear about it on the Today show.

Lisa Rinna: We did come out of it okay because luckily no one was hurt. That’s the most important thing. Materialistically, you can replace. Luckily, we had insurance so the insurance came through and we’re fine. It’s a violation, it’s something that you have to go through. Clearly our lives are pretty crazy and complicated, that kind of [expletive] happens all the time. As far as being on Today, when you’re live on television and you get a phone call that your store is being robbed, you can’t write that! You know, it’s so funny that people thought that we did it on purpose to promote the show — which I find outrageous. The world has gotten so cynical. If I’m going to do that, why don’t I just do a sex tape [laughs]?

SheKnows: And your reaction, you can’t predict that kind of shock.

Lisa Rinna: It is an invasion! Anytime your car is broken into or your house — anything — it’s a violation. For people to think we staged it, I thought it was really very telling about where we are as a society.

SheKnows: Of all your great TV hits over the years, is there one that’s especially personally gratifying for you?

Lisa Rinna: I think Days of Our Lives and playing Billie Reed was really personally gratifying because I grew up watching the show with my mom. As you know, growing up with a soap fan or somebody in your family who is a soaper, there’s nothing greater or nothing bigger and there’s nothing more meaningful. So in my household that was the creme de la creme. In the acting world, soaps are way down at the bottom. But, I went to do that job thinking I had gotten the greatest part in the world and that I was being able to deliver Academy Award-winning performances with Academy Award-winning actors. I had an idea of what I was doing, which was much greater than the acting world. It gave me a sense of empowerment, awe and appreciation for what I was able to do and learn in that amazing theater-like atmosphere. I would say that’s probably been my greatest experience, my greatest role. I mean playing Roxie Hart on Broadway in Chicago was my greatest joy and dream job for sure — for sure.

SheKnows: What can you tell us about the Harry Loves Lisa season finale? 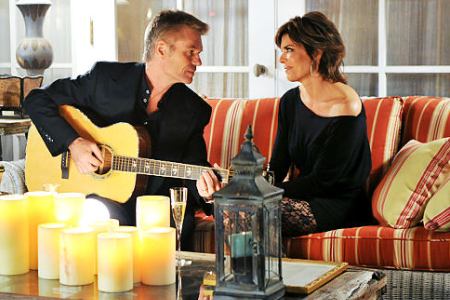 Lisa Rinna: Luckily, they made the last episode into an hour which is great. It’s an hour-long finale. What happens during the finale is nothing that I would have ever thought going in to do the show. It’s very open, it’s very honest, it’s very real. What Harry goes through is so exciting and so mind-blowing that I think it’s some good stuff. I really feel good about it. I think people will really enjoy it. It’s a good hour of television, it really is.

SheKnows: What’s it like seeing your kids seeing you professionally? Did it take a while for them to understand your career and what’s been their reaction seeing you do what you do?

Lisa Rinna: It’s funny because our kids have grown up in it. That’s all they’ve known since they were babies. They’ve been on tour with us. They went on the Dancing With the Stars tour with us for six weeks on a tour bus. They did New York living while we did the musical Chicago. That’s all they know. To actually have the cameras in the house and the crew there, they thought it was the best time ever. They had a blast. 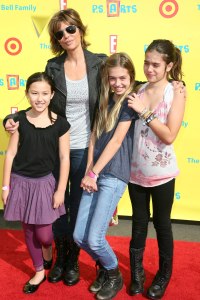 SheKnows: How did they fit in with Harry Loves Lisa?

Lisa Rinna: We let them come out a little bit. We never built a story around them, we let them come in and out. They’re beautiful, they had no filters. Nothing’s better than kids saying the darndest things. They come out with amazing things but I do not want them to be too exposed and too much of a focus which I think we were able to accomplish. Again our kids are quite savvy. They’re very down to earth. They know the scoop. They know what we do for a living, and they know it doesn’t mean anything. They know it’s a blip. It’s just our job and that being their mom and dad, that’s what we do for a living. You know it was a great thing for our family because we were able to work together, be together, and spend a tremendous amount of time together. What’s better than that? It was a win-win.