With a freight train speeding out of control and heading for a disastrous crash, Denzel Washington, Chris Pine and Rosario Dawson take a stand in Unstoppable, premiering November 12.

Loosely based on a real runaway train disaster back in 2001, Unstoppable tells the tale of two heroes who fight to stop a train hauling explosive liquids and poisonous gases before it makes impact. 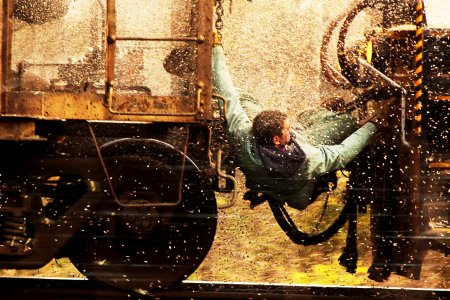 Most of the railroad bosses think disaster is unavoidable, but while the suits are counting their losses, veteran train engineer Frank (Denzel Washington) pushes newbie conductor Will (Chris Pine) to man up, do the right thing and help him use their train to stop the runaway.

That decision isn’t a tough one — the runaway is heading right for Will’s ex-wife and child!

“He comes into this day estranged from his wife, estranged from his child and clearly with just a whole truckload of his own personal baggage,” Pine said of his character. “In the process of the day, he has to get out of his self obsession with all this crap, for lack of a better word, and become selfless.”

At its heart, Unstoppable is an adrenaline-fueled Tony Scott action flick. Viewers can expect to see some wild train hopping, not to mention trains crashing through cars, into other trains and dangerously close to innocent bystanders. There’s even a train full of schoolchildren to save. 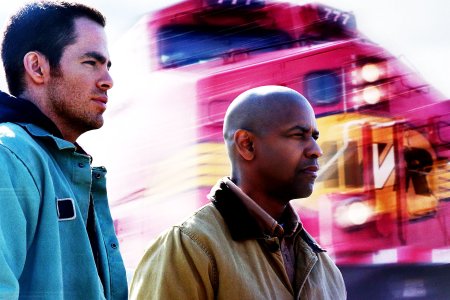 With so many lives on the line, however, Unstoppable is also about two men on different sides of the age spectrum who must put aside the tension between them to save the day.

“It’s a movie about ordinary people stuck in extraordinary circumstance and the choices that they make when they’re faced with intense danger,” Pine said.