Each fall Glamour Magazine hosts the Glamour Women of the Year Awards where women in the public eye are recognized. This year is an especially important year, the 20th anniversary of the Glamour awards. It was quite the star-studded affair held at Carnegie Hall in New York City with Black Eyed Peas front-woman Fergie named as the Woman of the Year 2010. Fergie received her award for her work with breast cancer research and AIDS awareness charities. 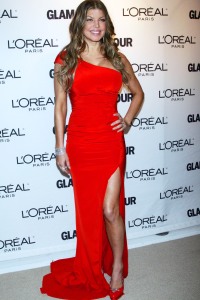 While accepting her award, Fergie had some advice for teenage girls. “I think a lot of you teenagers try to get [esteem] from accolades from other people, or boys, and what you learn as you get older is that you have to create that within yourself,” Fergie said.

Nicole Richie picked up Entrepreneur of the Year and pregnant Sam Taylor Wood accepted the award for Best Filmmaker. Solo Artist of the Year went to Lily Allen.

Donatella Versace was brought to the stage and presented an award for her mentoring of aspiring designers and her support of a children’s charity in China. Hilary Swank and Janet Jackson presented the award, both wearing Versace. 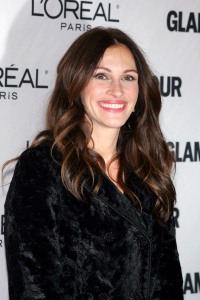 Grammy-nominated singer Janelle Monae put on quite the show when she performed.

One of the many highlights of this magnificent evening was a delighted Cher, who was honored with the Glamour Lifetime Achievement Award. Introduced by Stanley Tucci, they were both joined on stage by two injured veterans who thanked her for her contribution to the Heroes Project.

She was visibly shaken and talked about the failures and losses in her life. She told attendees not to accept no for an answer and that “no is just some bulls*** word someone made up.”

Her new movie, Burlesque, will be released November 24 and also stars Christina Aguilera.