Michael Jackson did his best to shield his children from the media and the world at large, but on Monday, November 8, Oprah brought her cameras to the Jackson’s California compound and gave the world their first hang session with Prince Michael, 13, Paris, 12, and Prince Michael II (Blanket), 8. 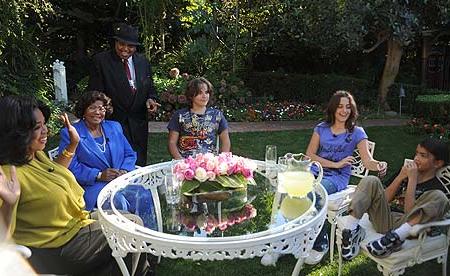 The bulk of the episode, Oprah Talks to Michael Jackson’s Mother, was spent with matriarch Katherine Jackson, who opened up about losing her son to an overdose at age 50 in June 2009 and adopting his children; Michael Jackson’s legacy and his skin pigment disorder, vitiligo; the fact that Joe used a whip on their children and more.

Joe Jackson also joined in for the backyard chat, where the Jackson grandparents revealed they’re still married, contrary to divorce rumors, and Oprah ran clips from her October interview with Michael Jackson’s ex-wife, Lisa Marie Presley, whom he was married to from 1994 to 1996.

Then Oprah sat down with the youngest generation of Jacksons, including Michael’s kids Paris, Prince and Blanket and their cousins.

Almost immediately, Prince showed he was a “normal” kid by declaring his love of video games and sports, but it turns out, all the Jackson kids are looking to follow in the family footsteps and entertain the masses. Almost all of them talked of singing, but Prince and Paris have their eyes on movies and TV. 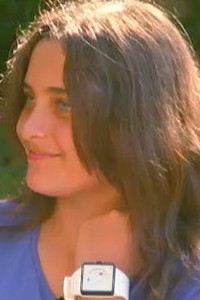 “I want to produce and direct,” Prince told Oprah.

“I’d like to be an actress when I’m older,” Paris added. “I sometimes do improvs. I used to do it with my dad.”

The youngest generation of Jacksons talked of watching their parents on TV, agreeing that the Jackson celebrity was just their “normal,” though it “changes everybody’s perception of us.”

While shy Blanket is still being homeschooled, Paris and Prince talked of breaking into private school this year.

“I was just nervous [about] everything,” Paris admitted. “My friend didn’t know who I was [and when she found out] she didn’t really care.”

Prince explained that they understood that their father used to hide their faces so that “when we did go out without our dad, nobody would recognize us.”

Paris admitted those masks and veils weren’t always comfortable, but both she and her brother said they appreciated the anonymity it gave them.

“He tried to raise us without knowing who he was, but that didn’t really go so well,” Paris said with a laugh.

Michael Jackson’s older two reminisced about their fave moment with their dad, who Paris characterized as strict. Blanket, however, chimed in to correct his sister, insisting his big brother could “get away with anything.”

“I felt like no one understands what a great father he was,” Paris shared. “He was the best cook ever. Everyone’s surprised to hear it. He was just a normal guy, except I would say he was the best dad ever.”

Oprah closed by asking what they miss the most about their dad since he passed and Paris said, “Everything.”

Needless to say, the Jackson episode was The Oprah Winfrey Show‘s highest-rated episode since her chat with Sarah Palin last November.