Another Hollywood couple calls it quits, as multiple sources confirm that actress Rachel Weisz and her long-time boyfriend, Darren Aronofsky, have split. 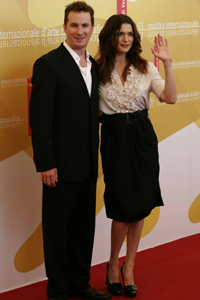 The Mummy actress Rachel Weisz and director Darren Aronofsky (Black Swan, The Wrestler, Requiem for a Dream), who have been together for nine years and engaged since 2005, have called it quits.

They have a four-year-old son, Henry, together and seemed happily unmarried until now.

A rep for the couple released the following statement:

“Rachel Weisz and Darren Aronofsky have been separated for some months. They remain close friends and are committed to raising their son together in NYC.”

Rachel sick of waiting for a ring?

Even though Weisz told Redbook they were together “until death do us part,” something happened that caused a rift in their relationship.

Maybe Weisz was ready to make it official and get married — but Aronofsky was not? She did open up to The View last January telling them, “Just recently I suddenly felt like I really would like to get married. It’s just a feeling. I know it’s a funny thing.”

Or was it James Bond?

Rumors have been abuzz on the web that Weisz and her co-star in Dream House, Daniel Craig of James Bond fame, made a love connection on set. Their reps have remained mum on the issue.

read on for More Rachel Weisz